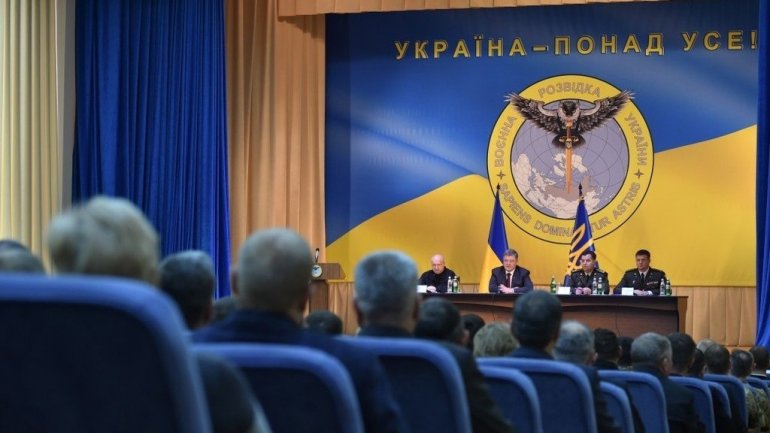 The new emblem of the Defense Intelligence of Ukraine depicts an owl aiming its sword at the Russian territory and this makes Russia indignant.

Around the picture, a motto reads in Latin "Sapiens dominabitur astris" which means "The wise will dominate stars".

Dmitriy Rogozin, Russia's Vice Prime Minister, called the new emblem "idiotic" and hinted that the Intelligence's motto "Ukraine above all else" reminds him of Nazi Germany of 1930s.

The Russian Foreign Ministry representative, Maria Zakharova, wrote on her Facebook page the following: "One more problem added up to all others in Ukraine – ornithological. Probably, when all golden eagles (referring to the police special force dissolved after the Maidan tragic events – "Berkut", a name in Ukrainian) left Ukraine, owls had to take up arms".

Some other Russian political figures, in particular, Vitaliy Milonov, State Duma's MP, think it is a military challenge from Ukraine and demand an explanation from the Ukrainian side.