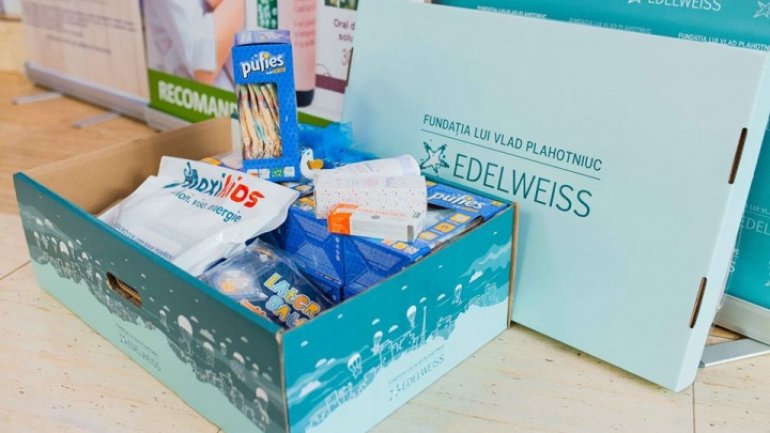 The New Life Project, launched by Vlad Plahotniuc’s Edelweiss Foundation, got to the hospital from the northern town of Edineţ. The new moms have received baby boxes with tings necessary to newborns.

As many as 400 kids have been born in Edinet this year.

"We’ve come with a gift for all the mommies from Edineţ. It’s a project of ours called A New Life and here is the first toy for Bogdan," said the president of Edelweiss, Lara Moraru.

The moms are surprised at the baby kits.

"It’s encouraging because the moms go home not only with baby and husband, but also in the company of generous people," said the doctor Iurie Artemi.

As many as 300 baby boxes have been distributed in Edineţ district only for the last three months.

"I want to thank Vlad Plahotniuc’s foundation for these presents to the newborns. The local authorities also bring their contributions, but it’s extraordinary what the foundation does," said Edineţ president Iurie Caras.

The New Life Project was launched by Vlad Plahotniuc’s Edelweiss Foundation in July 2016 at the Mother and Child Institute in Chișinău, and was expanded to maternities from Nisporeni, Edineț and Cahul.

Over 7,000 baby kit boxes have been distributed so far.