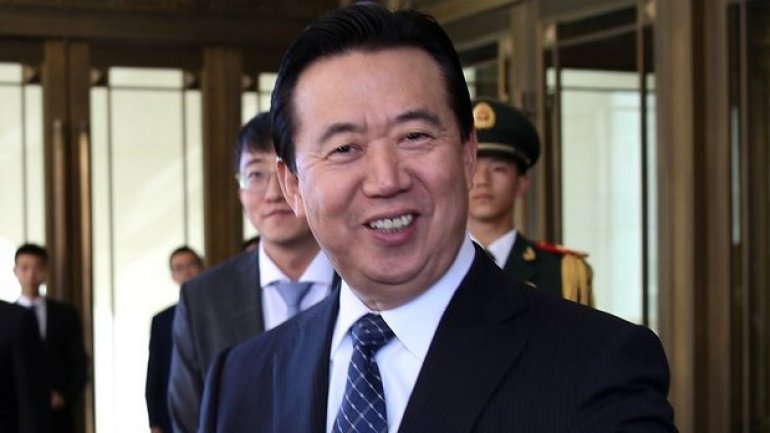 A Chinese security official has been elected head of the global police organization Interpol, sparking fears the move may be used to track down dissidents as well as alleged fugitives who have fled abroad, reports The Guardian.

Meng Hongwei, vice minister for public security since 2004 and the first Chinese to hold the post, will serve as president for four years after he was elected at an Interpol meeting in Indonesia, the agency announced on Twitter.

“The Chinese police have a terrible human rights record, including the endemic practice of coercing ‘confessions’ and the widespread use of torture,” Bequelin said separately in an interview.

“Unlike most law enforcement agencies around the world, the Chinese police have – in addition to the classic law and order mandate – a political mandate to protect the power of the Communist party.”

Meng was previously deputy director of China’s armed police, a paramilitary force that is often deployed to the country’s most unstable areas, including Tibet, the border with North Korea and the far western province of Xinjiang.

Li Wei, head of the anti-terrorism centre at China Institute of Contemporary International Relations, said: “As the head of Interpol, Meng Hongwei will deepen the fight against transnational crime.”

Since taking power in 2012, China’s President Xi Jinping has launched a sweeping crackdown on corruption, punishing more than a million officials. But critics say the anti-graft drive is merely a way for Xi to take down his political enemies.

China has worked through Interpol to bring back officials it says fled overseas and last year issued 100 “red notices”, a type of international arrest warrant.

It says about a third have been returned to China, but many western countries are wary of complying with extradition requests given China’s harsh treatment of prisoners, use of the death penalty for economic crimes and a lack of concrete evidence.

Most officials on the list had fled to the US or Canada, and China does not have extradition treaties with either country. But in a surprise move in September, Canada announced it would start negotiating a treaty.

Li said: “We see people who China has issued red notices for are still very active in Europe.” With Meng at the head of Interpol “there will be closer cooperation between countries in fighting crime,” he added.

China has been more forceful in recent years, exerting its version of policing abroad. Last month, Thailand detained a prominent Hong Kong democracy activist who was scheduled to speak at a Bangkok university, and last year publishers of books critical of China’s leaders were abducted from Thailand and Hong Kong, without any formal extradition procedures.