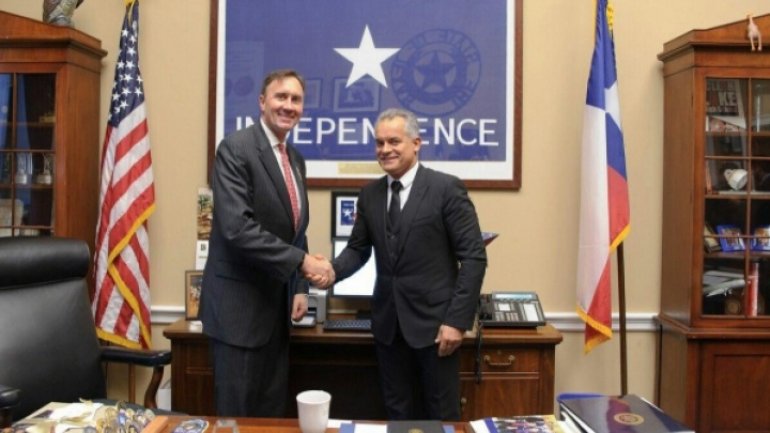 The Friendship Group for Moldova was launched after Republican Pete Olson and Democrat David Price had applied for its authorization in the U.S legislature.

The Caucus's activity will contribute to strengthen the strategic dialogues, including in the legislative level. The Caucus serves as a platform promoting the Moldovan priority interests on the bilateral agenda with the USA.

The two members of the United States Congress assumed the role of Co-Chairs of the Group.

Congressman David Price mentioned that since Moldova's independence, following the fall of the Soviet Union, that country had been striving for stable and democratic future:

"The remarkable progress made by Moldova is a testament to Moldovan tenacity and spirit, furthermore, the potential of Moldova could be assumed as a strong and independent country. It has also undertaken a broader and more comprehensive engagement with Europe and the United States".

The Caucus for Moldova was first registered in March 2012 and inaugurated in three months. According to the procedures, in order to be officially registered, the authorization request by two co-presidents both represent American political parties must be submitted.

Diplomatic relations between the Republic of Moldova and the United States of America were established in February 1992. In 25 years anniversary, the USA provided Moldova with financial assistance of around US $1.4 billion.