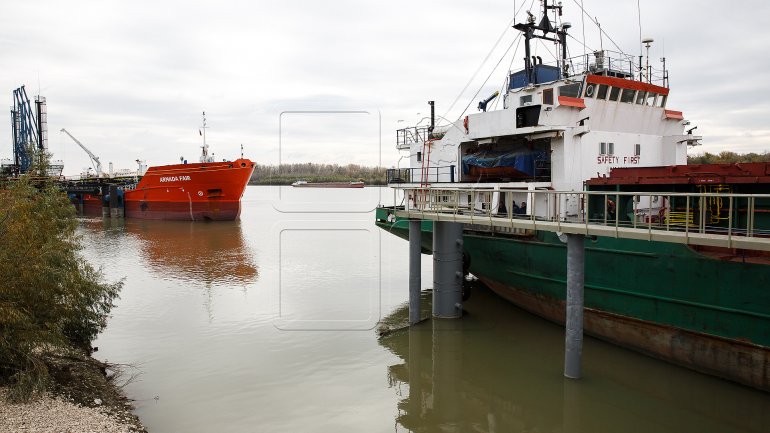 On November 10, 2016 Trans Cargo Terminal SRL, a subsidiary of Trans-Oil Group (TOG), celebrated the completion of its grain export terminal expansion project at Giurgiulesti International Free Port. As a result, Trans Cargo Terminal is now able to load more than 1,000 tons of grain per hour onto maritime vessels of up to 8,000 tons, as well as river barges – the fastest loading rate of any grain terminal in the region.

Vaja Jhashi, President of TOG stated: “Due to the substantial increase of our capacity we will be able to attract new clients and at the same time enable our group of companies and our existing clients to increase the transshipment volumes. The expansion project consisted of the construction of an additional berth on the Danube, the erection of a silo with a storage capacity of 12,000 tons, a brand new deep water jetty as well as the installation of high-capacity loading equipment. In total about USD 6 million were invested for the realization of this project, which has created 30 additional permanent jobs. The expanded facility has a total grain storage capacity of 70,000 tons and increased the transshipment capacity from 300,000 tons to 800,000 tons per annum, which is equivalent to about 75% of the Republic of Moldova’s annual grain exports”.

“We congratulate Trans Cargo Terminal for the successful expansion of their grain terminal. The increased capacity ensures that from now on the majority of Moldova’s grain exports can be shipped directly from Moldova to international markets” declared Thomas Moser, the director of Danube Logistics SRL – operator of Giurgiulesti International Free Port.

In addition to the export of grains in bulk, which are mostly delivered to the markets in the Mediterranean region, significant quantities of Moldovan grain are exported via Giurgiulesti International Free Port in sea containers to Asia. During the first 10 months of 2016, eleven Moldovan companies have shipped more than 60,000 tons of wheat in sea containers from Giurgiulesti to such countries as Malaysia, Myanmar and Indonesia.

Giurgiulesti International Free Port is the only port of the Republic of Moldova located on the maritime section of the river Danube.