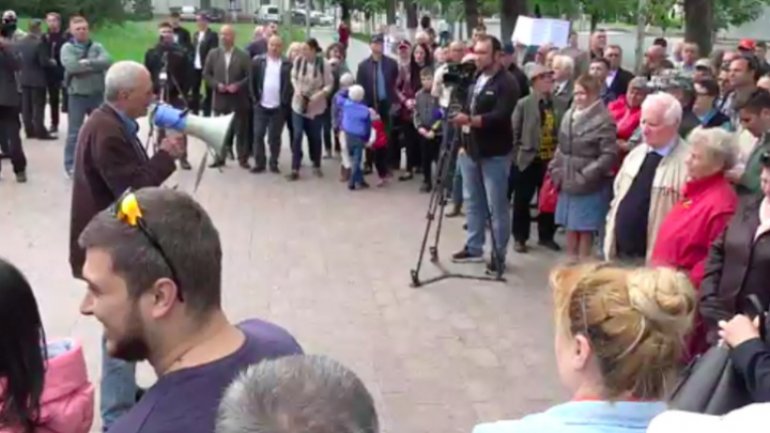 A new failed protest of the ones unhappy with the change of the voting system. Four extra-parliamentary parties and several NGOs affiliated to them have managed to gather but some dozens of people in front of the Parliament.

The organizers fail for the third day in a row to gather more protesters in front of the Legislature’s building, after PAS, Partidul Nostru, DA and PLDM, and representatives of the civil society affiliated to them, had announced ‘massive protests.’

The demonstrators had the same claims, standing against the citizens’ opportunity to elect the MPs by themselves, not from party lists. The dissatisfactions of the unhappy NGOs come on a background of over 50 Moldovan NGOs published a statement displaying their support for the mixed voting.

The number of the protesters did not exceed 100 on the first two days.

Changing the way of electing the deputies was backed by 74 law-makers out of 101. Speaker

Andrian Candu says the bill will be passed in final reading in June, after the notice from the Venice Commission.