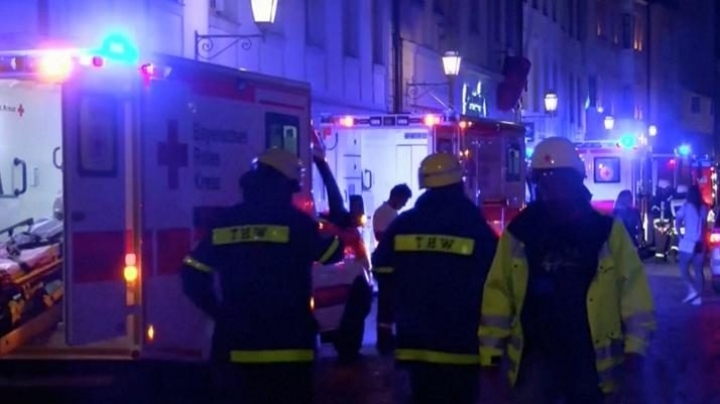 (UPDATE 10:10) Syrian who set off an explosion at a bar in Germany had psychiatric problems, according to AFP.

(08:10) A Syrian asylum seeker who had previously tried to commit suicide has been cited as the man who was killed in an "intentional" bomb blast in the Bavarian town of Ansbach. Officials are investigating any terrorist links.

Police said in a statement early Monday morning that "a man, according to our current knowledge the perpetrator, died" in the blast outside a wine bar in the town where an open-air music festival was being held on Sunday night. Twelve people were injured, three of them seriously.

The man, who was carrying a backpack, according to Bavarian Interior Minister Joachim Herrmann, had been denied entry to the music festival as he did not have a ticket. The minister said authorities were still investigating if the blast was an act of terrorism. "We can't rule it out," Herrmann said early Monday.

A spokesman for the Ansbach prosecutor's office said the attacker's motive wasn't clear. "If there is an Islamist link or not is purely speculation at this point," said spokesman Michael Schrotberger.

Ansbach Mayor Carda Seidel said the explosion was near an entrance to the festival. Around 2,500 people were attending the event, which was canceled after the blast was heard at about 10 p.m. local time (20:00 UTC).

Bavaria's Interior Ministry has confirmed the explosion appeared to have been intentional.