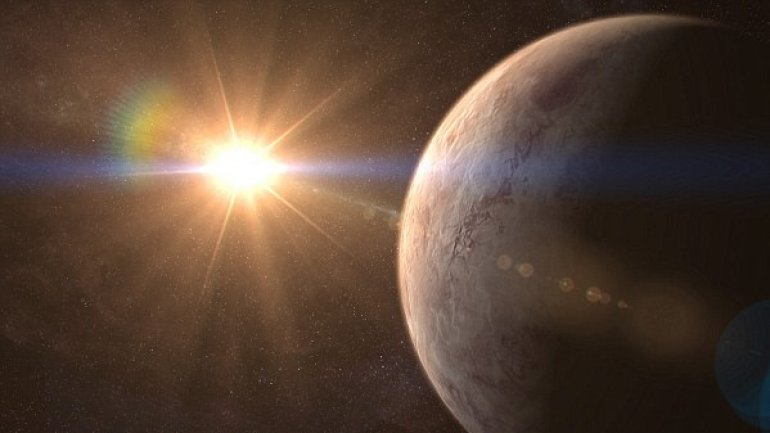 Exoplanet hunters have discovered a new world right round the corner from Earth, reports Daily Mail.

The 'super-Earth' was found orbiting a red dwarf star, just 32.7 light years away.

While the planet, named GJ 536 b, is not located within its star's habitable zone - a safe distance from the star at which liquid water can be supported - it does has several compelling features.

The exoplanet is around 5.4 times the mass of Earth, say the researchers from the Instituto de Astrofísica de Canarias (IAC) and the University of La Laguna (ULL).

Planets that are up to 15 times the mass of Earth are classed as super-Earths.

The team believes that they may be able to pinpoint even more exoplanets in the vicinity.

'So far the only planet we have found is GJ 536 b but we are continuing to monitor the star to see if we can find other companions', says Alejandro Suárez Mascareño of the Instituto de Astrofísica de Canarias (IAC), who is lead author on the article.

'Rocky planets are usually found in groups', he explains, 'especially round stars of this type, and we are pretty sure that we can find other low mass planets (other 'super-earths') on orbits further from the star, with periods from 100 days up to a few years.

'We are preparing a programme of monitoring for transits of this new exoplanet to determine its radius and mean density'.

While the expoplanet is not located with the habitable zone of its star - GJ 536 - it has a short orbit period of just 8.7 days.

This, combined with the brightness of the star, which is relatively close to our sun, make the exoplanet an attractive candidate for a study of its atmospheric composition.

'This rocky exoplanet is orbiting a star much smaller and cooler than the sun' said Jonay Isaí González from the IAC, 'but, sufficiently nearby and bright'.

'It is also observable from both the northern and southern hemispheres, so that it is a very interesting for future high stability spectrographs and in particular for the possible detection of another rocky planet in the habitability zone of the star'.

The researchers found a cycle of magnetic activity similar to that of our sun, but with a shorter period of three years.

The sun's solar cycle is around 11 years.

'To detect the planet', states Rafael Rebolo 'we had to measure the velocity of the star with an accuracy of the order of a metre per second.

'With the construction of the new instrument ESPRESSO, co-directed by the IAC, we will improve this accuracy by a factor of ten, and will be able to extend our search to planets with conditions very similar to Earth, around this and many other nearby stars'.

The researchers hope to find more exoplanets in the area, which raises the possibility that they could spot a new world that is capable of supporting life.

The study has been accepted for publication in the journal Astronomy & Astrophysics.

Last month, an ambitious effort from astronomers was announced that aims to capture the first images of some of nearby exoplanets, by pointing the camera at our nearest stellar neighbours, in the Alpha Centauri system, 4.3 light-years away.

While the primary focus is set on the two sun-like stars of the system, future missions could target exoplanet Proxima b, the potentially habitable world which may have oceans similar to Earth.