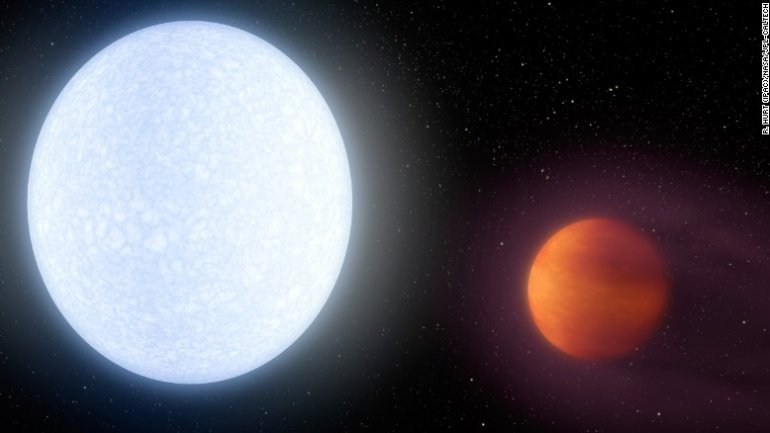 The newest-discovered exoplanet doesn't act like any planet you've ever heard of. The bizarre find is 650 light-years from Earth, in the constellation Cygnus.

KELT-9b is a giant planet nearly twice the size of Jupiter, with a dayside temperature hotter than that of most stars and thousands of degrees warmer than any known exoplanet, according to a study published Monday in the journal Nature.

It's so close to its host star, KELT-9, that it orbits every 1½ days, unlike the year it takes Earth to orbit our sun. This proximity isn't exactly kind to it.

The star is twice as hot and 2½ times more massive than our sun. It's also rotating 50 times faster than our sun -- so fast that its poles have flattened and the equator bulges out. This makes it the hottest host star of an exoplanet that we know of, said Scott Gaudi, study author and professor of astronomy at the Ohio State University.

The temperature and size would make the star appear light blue to our eyes. Its temperature puts it in the hottest class of A- and B-type stars.