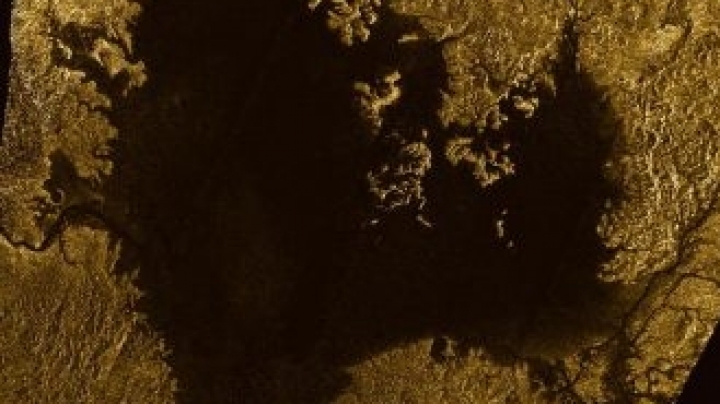 The newfound Titan canyons are up to 1,870 feet (570 meters) deep and feature slopes that are at least 40 degrees steep, though they're fairly narrow, with maximum widths of around 0.5 miles (0.8 kilometers), researchers said.

The new discovery further cements the intriguing similarity between Earth and Titan, the only two worlds in the solar system that are known to harbor stable liquid on their surfaces. Titan also has a thick atmosphere dominated by nitrogen, as does Earth.

"Earth is warm and rocky, with rivers of water, while Titan is cold and icy, with rivers of methane. And yet it's remarkable that we find such similar features on both worlds," study co-author Alex Hayes, a Cassini radar team associate at Cornell University in Ithaca, New York, said in a statement.

The study team, led by Valerio Poggiali of the University of Rome, analyzed radar images of Titan captured by NASA's Cassini spacecraft during a close flyby of the 3,200-mile-wide (5,000 km) moon in May 2013.

The imagery focused on a channel system that drains into Ligeia Mare, a huge hydrocarbon sea near Titan's north pole. Scientists had thought that some of these canyons might contain liquid, and the newly analyzed images confirm that suspicion, showing a "glint" characteristic of very smooth surfaces.