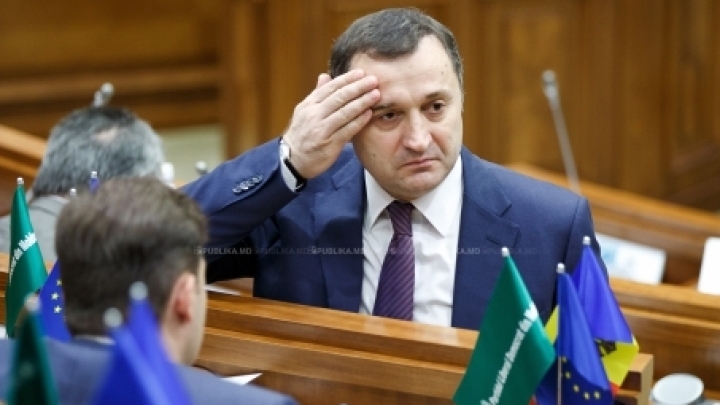 The prosecutors ask 19 years of imprisonment for former prime minister Vlad Filat, in the corruption trial he undergoes.

The state accusation also demands that Filat pays a huge fine (about $7.500) and the confiscation of the goods gained illegally.

Prosecutor Adriana Betisor also asks that the politician Vlad Filat should be deprived of the right to hold public positions for a 5-year term.

"We have asked a punishment of 19 years of jail for passive corruption and influence peddling, a fine of 3,000 conventional units and interdiction to hold positions in governmnent during 5 years. Confiscating his assets has been demanded. On Monday, we'll see if they will make their last statements, but they have made no statements up to now. As I understand from his lawyers they will not recognize their guiltiness," prosector Adriana Beţişor said.

Vlad Filat attended the court session. His barrister says he disagrees with the prosecutor's request. Meanwhile, Filat has given up his hunger strike .

The judges are to pronounce the sentence on Monday .