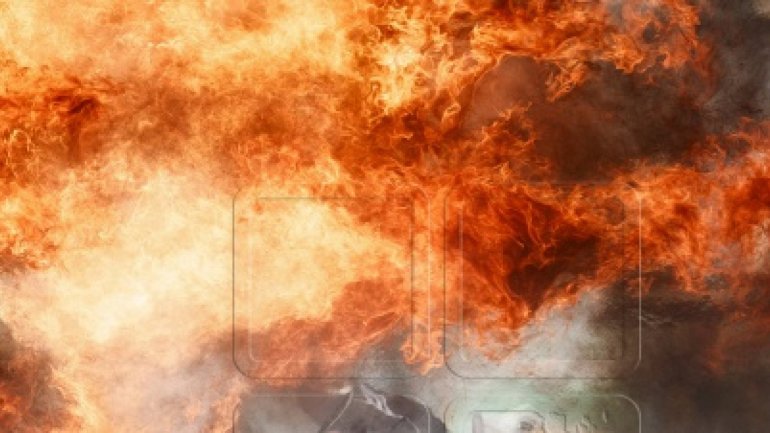 Tragedy was reported from Danu village, Glodeni. Three children, aged 7,4 and around 2 months were burned alive in a fire started right in their house. The incident occurred at the midnight today. Its cause is still being investigated.

The mother, told the police that she was washing the cart in the house yard when the incident happened. She manged to rush her husband off the room where their children were also sleeping but he couldn't save the children lives when he returned after that. This couple refused to speak with the press and children's grandmom could't not explain the cause of incident.

"He wanted to enter that room but the fire was already expanding until the window. We didn't managed. He thought someone spattered diesel over that room, the incident occurred and expanded so fast. I don't know why it happened", said the grandmother of dead children.

The mother ran right away to the neighbors, asking for firefighters.

"She knocked my window at midnight, she was alone: call the firefighters, quickly! The firefighters came, and the children were still stuck in house", explained a neighbor.

The children were sleeping together.

The husband, aged 38 works as taxi driver while the wife, aged 28, is still in maternity leave. They receive social assistance package. According to the neighbors, this couple usually left their children home alone.

"The couple often left the kids at home without observation, that was why the incident happened", mentioned Mihail Ursu, commune Mayor of Danu village.

The house where the family lived was rented. The house owner says that the stove has no malfunctions and excludes that the fire could be caused by this cause.

"The family rented my house, they were going to buy it, but what happened I did not know," said the owner of the house.

The case is being investigated by the police, who will investigate if at the time of the fire the parents were really at home, as they say.

"In this case, a criminal case was initiated under Article 149, the Penal Code, a life-imprisonment, in order to elucidate all the circumstances, moreover, the police will establish where the children's parents were at home at that time" stressed Ludmila Condrat, press officer of IP Glodeni.

Firefighters examine several versions of the fire outbreak, including the short circuit, or the fire was triggered from the stove.