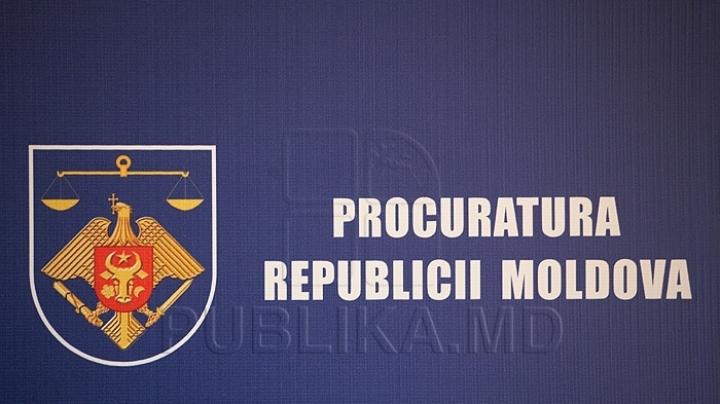 General Prosecutor’s Office has organized a press conference in which were given new details on the thieves who robbed three jewelry stores in Chisinau.

The deputy prosecutor, Vitalie Sibov, has declared that the thieves were involved in four different robberies in 2016.

"The first robbery was done on 2 June 2016, in the Centre of Chisinau. The thieves took jewelry in total amount of over 180,000 lei from a store located on Stefan cel Mare street.

The second robbery was done on 26 February 2016. Three masked people took jewelry in total amount of over 185,000 lei in a store located on Stefan cel Mare street.

The fourth felony was done by the same group on 12 April 2016 in Calarasi. Two masked men entered a woman’s house. The total amount taken from the house is over 110,000 lei.

The Chisinau Prosecutor’s Office has concentrated all penal causes in one procedure. The investigations were done by the National Inspectorate of Investigation and the Chisinau Police Department. A prosecution group was composed of 4 prosecutors and 21 watch officers.  Last Friday the leaders of the gang were detained, being kept in preventive arrest for 30 days" said Sibov.

The Chief of the National Investigation Inspectorate, Ion Iachimov has declared that there were identified 7 members of the gang.

"At the end of May we have received information that the felonies were done by a group of people from Transnistrian area. On June 15, two leaders of the group were detained. They are of 34 and 35 years old, with criminal record, are drug-users and were convicted previously for similar felonies. Both have pleaded guilty. At the moment there are 7 identified persons, two of them being detained".

Deputy prosecutor, Vitalie Sibov, has specified that the members of the gang will be sentenced to jail: "the total amount of the prejudice is over 700,000 lei. The suspects may receive a sentence of 12 to 15 years of closed-type of jail".

PUBLIKA.MD reminds that the robberies have started in February 2016. At their first robbery, the gang entered a jewelry store near the Ministry of Internal Affairs. In just a few minutes, the thieves have disappeared with golden jewelry.

At the end of February, according to the same scheme was robbed another jewelry store in the centre of Chisinau. After this case, the gang has disappeared for a while, so it could rob another store in May in Ciocana sector.