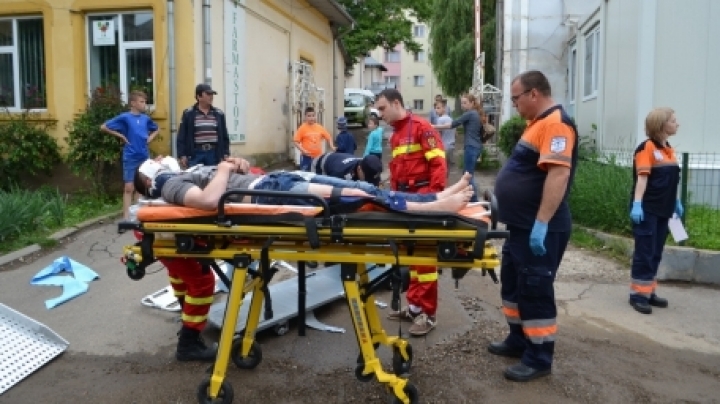 Six moldovans have been badly injured, after the minibus they were in has crashed violently in a bridge in Rosiori, Suceava county. In the car were 10 people, all citizens of Moldova.

The minibus, which was returning from Germany, was carrying also a platform with a car. According to Romanian media, the driver tried to avoid the collision with a TIR, which was going the same way.

The driver had pressed the brake suddenly, and the car was torn into pieces. The TIR driver declared that the minibus did not exceed the speed limit, and the road was not wet.

At the place of accident have been summoned the firemen with two special cars and ambulances, which transported the people to hospital, and one of them had been taken from between irons.

The victims have suffered multiple fractures on collarbones, calves, and ribs. The 40-year old driver, originated from Chisinau, has received scratches, but is not in a critical state.

According to policemen, the level of alcohol was tested on drivers, and the result was zero. The case is still investigated, in order to find out the exact circumstances of the accident.