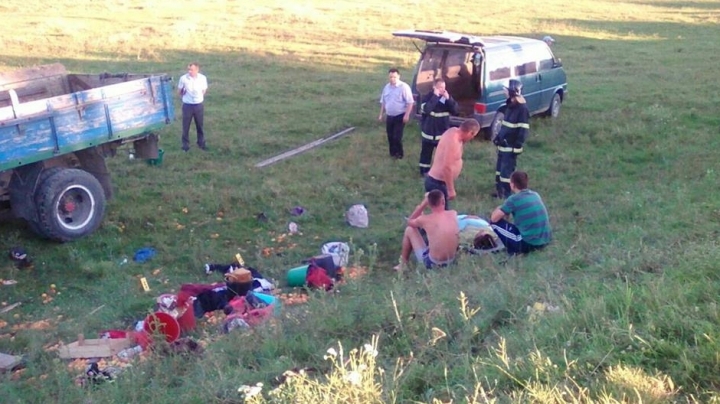 New details in the case of the accident registered in Tescureni village, Ungheni district, in which two people lost their lives, and 8 have been hospitalized. Three of the injured people are still in critical situation, and according to witnesses, the truck in which the victims were has turned over because of a technical problem.

The driver of the truck is detained for 72 hours, being investigated for manslaughter.

People were returning from harvesting apricots, and the truck carrying them turned over. The witnesses claim that the accident was provoked by a technical problem of the steering wheel. The driver couldn’t control the truck. The relatives are shocked of the accident.

Three women were lucky, they got off the truck a few minutes before the accident.

The owner of the orchard, where people worked, wasn’t even interested in the state of the victims. At this moment, eight people are in the Ungheni hospital, three of them being in critical state.

The 58-year old driver was unharmed. He was detained for 72 hours.

City Hall of Tescureni village will pay the hospital expenses for people who don’t have medical insurance.