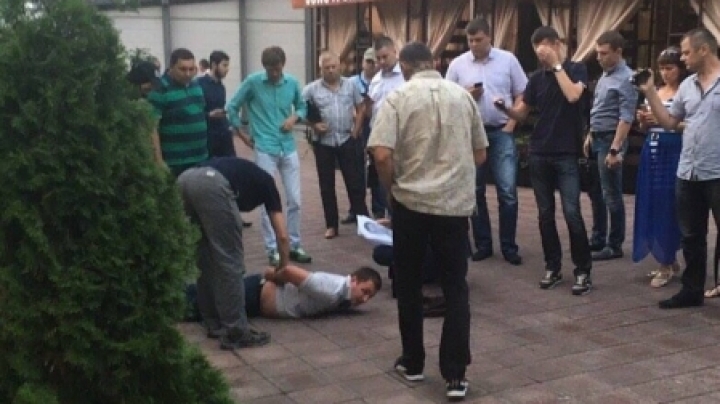 The businessman Veaceslav Palton was detained yesterday evening by the Ukrainian special services. That was confirmed by the Kyiv prosecutor’s office in an communique issued by midnight, deschide.md reports.

Deschide.MD sources say he had a fake Ukrainian passport, and he was hasting to leave the neighboring country.

The same sources say Veaceslav Platon was allegedly held up as he was leaving a building in which he has offices. He was accompanied by employees trying to secure documents in boxes.

Veaceslav Platon was announced as internationally wanted, as a 30-day arrest warrant was issued on his name.

And that happened after prosecutors had searched and lifted documents from several Moldovan banks, firms and houses.

The measures were undertaken within the criminal investigation into the bank fraud.
From 2010 to 2014, Russian criminal gangs and corrupt politicians transferred about $20 billion from ‘dirty funds’ through a laundering scheme set up from dozens of off-shore companies, banks, fake loans and proxy agents.

Later, the ‘process was legalized’ by Moldovan judges, as the ‘clean’ money was spread over all Europe.

Anti-Corruption prosecutor Viorel Morari says 43% of Moldova-Agroindbank shares, blocked by the National Bank, may be sequestered, on reason they were bought with money from Banca de Economii. He says prosecutors were appointed to recuperate the damage caused by the group led by Platon, as lots of assets are to be sequestered.