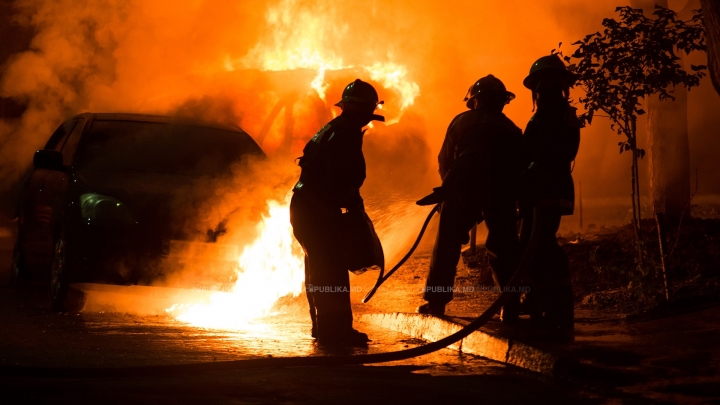 New details about the fire at the central market were presented during a press conference organized by Department of Exceptional Situations.

According to the head of the Rescuer and Firefighter Directorate, Anatolie Viniciuc, the fire occurred in the commercial centre in the area of the central market, at extinction have been directed 3 fire trucks.  Rescuers have encountered difficulties.

The blaze did not spread, but were necessary precautions for the safety of employees.

Thus, the fire was located at 22:40 and totally extinguished at 23:58.  However, until 4 o'clock in the morning took place the cleaning works of area.  It was also noted that it was very hard to disconnect the electrical power.

So far, the cause the fire has not been established, but shall be taken into account 3 versions: short circuit, electrical network failure and the human factor.

"At the moment we are examined all electrical equipment which was left without supervision or which possibly had some flaws. Viniciuc  also has stated that have been saved several boutiques, and an estimate of the damage has not yet been assessed.  At the same time, he talked about the case “La Soacra”, mentioning that he had requested to raise the folder.

According to Liliana Pușcașu, Press Officer of DSE, in the fire were trained over 130 employees of exceptional situations.