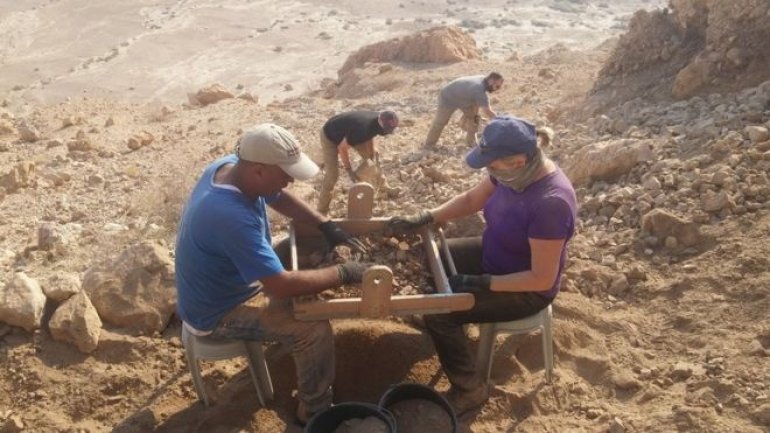 Archaeologists have found a cave that once housed Dead Sea scrolls in a cliff in the Judean desert - the first such discovery in over 60 years, BBC reports.

Israel's Hebrew University said the ancient parchments were missing from the cave, and were probably looted by Bedouin people in the 1950s.

Storage jars, fragments of a scroll wrapping, and a leather tying string were found at the site.

The Dead Sea scrolls date from as early as the 4th Century BC.

The priceless records include more than 800 documents written in Hebrew, Aramaic and Greek, mostly on animal skin and papyrus.

As well as containing the oldest copies of many biblical texts, they also include many secular writings about life in the 1st and 2nd Centuries AD.

The first Dead Sea scrolls were discovered in 1947, reportedly by a young Bedouin shepherd hunting for a lost sheep in Qumran, on the modern-day West Bank.