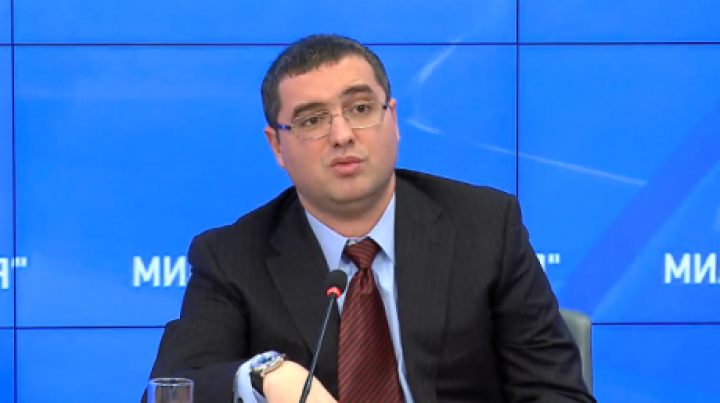 New criminal connections between prosecution characters of state bodies and some Russian and Moldovan politicians emerge.

Time newspaper published an extensive investigation that shows what is the connection between the former head of Russia Vladimir Yakunin railways, a colonel who kept at home over 120 million dollars in cash, no 1 Raider  of CSI, Veaceslav Platon, the mayor of Balti, Renato Usatii and former Moldovan premier convicted of bribery and abuse of power, Vlad Filat.

The newspaper writes that 120 million dollars found at Colonel Zaharcenko have a clear link with Moldova. They come from money paid for auctions won the Russian railways.

And here comes the scheme of Renato Usatii, the director of one of the companies that had the contratele.

Usatîi's approach with Vladimir Yakunin, chief of railway empire, recently dismissed, not have happened without the involvement of Moscow agents curators to Chisinau.

The press wrote that the same curators gave orders to Veaceslav Platon.

All proceeds from the railways of Russia were washed by the banker Gorbunţov Gherman, who have the mission to gather them and take them out of the country.

Time writes that Gorbutov used the Moldavian branch when he took over Universal Bank, where the Russian money laudering schemes have been made.

And all this could not happen without the involvement of Veaceslav Platon, the raider who controled the banking system in our country.

Usatii got the mission to punish him, but however failed. Gorbunţov was seriously injured by a hit man, but survived.

After Gorbunţov was removed from the scheme,Veaceslav Platon have been recommended to the Russians.

He attended 'Laundromatul' operation - the transit of 20 billion dollars by Moldova.

The author states that for Usatii's service as recommending the best specialist in money laundering, Platon financed his party.

In 2014, Usatîi was removed from the race exactly for this reason- external financing.

The investigation mentions another major failure of Usatîi - Moldovan Railways takeover careers when Vlad Filat was prime minister. Former prime minister has not kept his word.

Hence the spontaneous hatred character was born to the then leader of the PLDM. 'Our Party' was born that way.

Once entered politics, but failed to enter the Parliament, Usatîi nevertheless continued to be financed by the Russians, through Platon. The latter had just been involved in a direct war with Plahotniuc, because BEM's takeover attempts and total banking system.

Platon presented Plahotniuc him as the most dangerous man for the interests of Russians in Moldova and immediately received endorsement to attack it and money.

Renato Usatîi has found himself in the hop. Platon has enlisted a whole team of specialists - from journalists, bloggers, NGO-ists and analysts to politicians and MPs.

But when he was detained in Kiev, everything fell apart and his army was left without funding. Including Renato who tries hard to attack with what's left.

The problem is that he has not many resources left, only some verbal agreement with Victor and Viorel Topa, the political project of which - "Dignity and Truth" party is deflated faster than was inflated Usatîi writes Time.