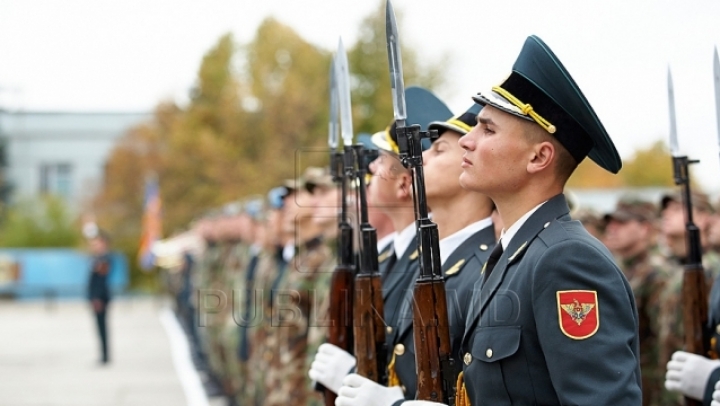 41 Moldovan military will leave for Kosovo on Sunday. It’s the fifth contingent of Moldovan peace-keepers to join the NATO’s KFOR mission.

Families and friends have said farewell to the military. Contingent commander Adrian Efros says the soldiers are ready to insure the peace in the area: "We’ll take part in patrolling missions, at crossing points, at the military base we’ll be deployed."

Defense Minister Anatol Şalaru and President Nicolae Timofti have urged the military to represent this country with dignity.

"With the military from other countries, you should contribute to the stability in the Balkan area," Anatol Șalaru said.

"You’re going in a rather intricate area and you’ll act in specific conditions. I strong believe you will go on accomplishing the tasks set and will promote Moldova’s flag with honor," said Nicolae Timofti.

The military observed a moment of silence to the memory of the SMURD crew that lost their lives in Thursday’s helicopter accident. The first contingent of Moldovan military was deployed to Kosovo in 2014.