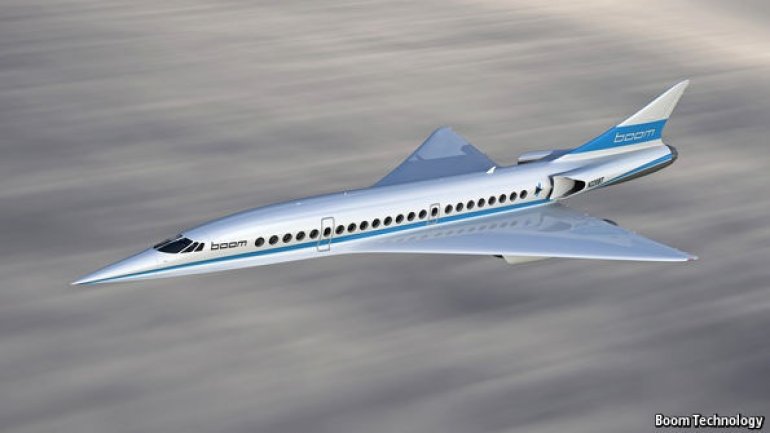 An American firm is promising the return of supersonic passenger aviation, with transatlantic airfares “about the same price as today’s business class tickets”.

Boom, based in Denver, says London-New York will cost £2,000 one-way and take just 3 hours 15 minutes. With a planned cruising speed of 1,451mph, the plane is almost 100mph faster than Concorde.

Chuck Yeager broke the sound barrier 70 years ago, and Concorde first flew in 1969. But British Airways last flew faster than the speed of sound in 2003, with the supersonic fleet dispersed to museums.

The firm is building an aircraft called XB-1, “a one-third scale realization of the Boom passenger airliner”. It is claimed to be the first independently developed supersonic jet and history's fastest civil aircraft.

“It is under construction now and will fly next year,” says Boom, with scheduled supersonic services on a 55-seat plane by 2023.