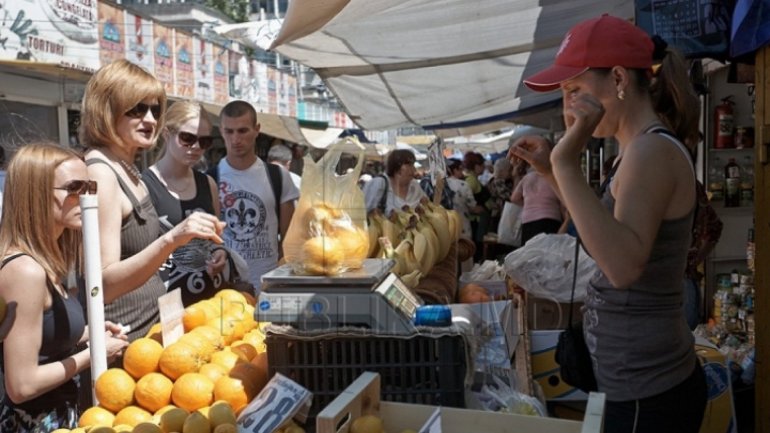 Inspectors of the Consumer Protection Agency continue to carry out checks in markets.

This time, markets of Sângera and Anenii Noi towns as well as Chetrosu village were visited.

As a result, officials found that eight out of ten scales are inconsistent and adjusted to show the wrong quantity. The vendors have only been warned at the moment but will be fined for repeated offence.

In the Chetrosu market, Anenii Noi, several traders did not have metrological certification of scales.

And if some traders did not acknowledge the law, others committed conscious misconduct. They even ran away when the inspectors were coming.

"They have been using unverified scales. Without a metrological verification, without verification seals," Natalia Ilaşciuc, inspector of the Consumer Protection Agency, said.

In July, the Consumer Protection Agency launched a campaign against improper usage of market scales. Until now, inspectors have visited 45 markets across Moldova and checked over 900 devices.