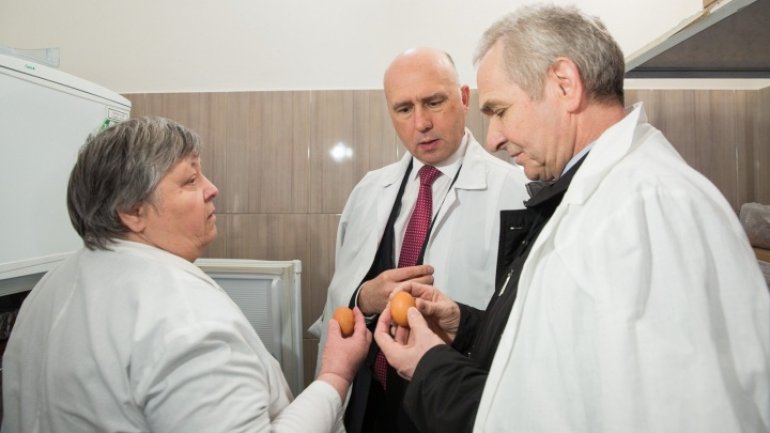 The Prime Minister Pavel Filip was informed of new cases of food of dubious quality in kindergartens. To remove the irregularities reported by parents, the Head of Government ordered the emergency verification of the institutions concerned. The information was made public by Pavel Filip on a social network.

Prime Minister Pavel Filip said that he asked for a report on the results of those checks. According to him, all kindergartens will be checked, not just those that received complaints.

"I hope this message will reach all kindergartens and schools in the country and make emergency orders to respect the rules of food safety and hygiene" , said Filip.

The Prime Minister made an unannounced control at the kindergarten no. 59 in Chisinau together with specialists from the municipal Public Health Center, after receiving complaints from parents. When tested, they were found several violations, including bad quality food conditions.

The director of the institution has resigned after the irregularities were detected. Food Safety Agency representatives, who hold consultations with the Department for Education insists on changing the purchase system.

"There are times when companies fake documents. The information is not indicated" , saidDSA chief said Chisinau, Roman Vengher.

In 2016, ANSA inspectors made checks nearly 1,800 kindergartens and 1,700 schools in the country. Following checks, the employees of the institution had noted several violations, including expired products and violating the conditions of storage.