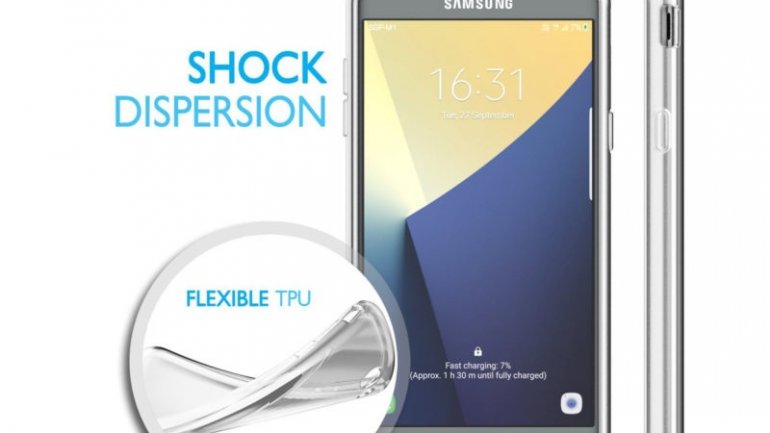 Looking at the design, it’s fair to say Samsung is not doing a complete overhaul, with the overall shape not differing much from last year’s Galaxy J7 (2016). The changes are clearly only subtle, with the majority of changes being made at the rear. The camera sensor is now round –  compared to last years square-shaped one – and there is now only a single-LED flash.

With this year’s model, the speaker, which previously sat on the rear, appears to have been moved to the right side of the device, sitting slightly above the power button.

Previous rumors have pointed towards the device featuring a large 5.5-inch display with a Full-HD resolution. On the inside, the device is rumored to feature Qualcomm’s Snapdragon 625 processor, 2GB of RAM and a 3,000 mAh battery.

Nonetheless, with the lineup still to be released, anything could still change, though an official announcement is surely not too far off.

You can read more at Android headlines.