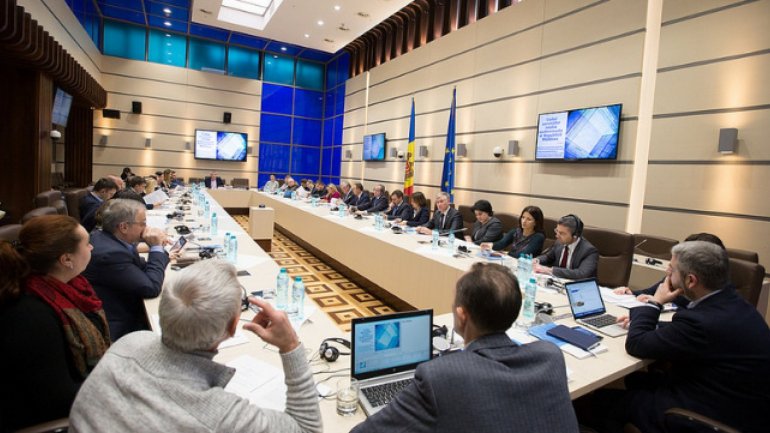 The new Audiovisual Code was presented within the work session for improving the media legislation. President of Moldovan Parliament,  Andrian Candu, who attended, underlined the importance of this initiative. By the end of the year, experts will come up with written suggestions for improving the document.

The new Audiovisual code will be named Audiovisual Media Service Code.  The document foresees new regulations within this field, clearly defining the phenomenon of propaganda and misinformation, as well as establishing the amount of local audiovisual media sources.

"Local programs must be broadcast between 06:00-24:00, making it at least 50% of total broadcast, during hours with maximum audience. Broadcasters also have to transmit 80% of programs they make themselves in Romanian" member of the working group, journalist Vasile State declared.

The new Audiovisual code is elaborated by both local and foreign media experts.

"I am very happy that this process is nearly finished, it being very important, but complicated at the same time" international expert, Jean-Francois Furnemont said.

"I will never get tired of explaining how important is the contribution and support offered by the European Council, European Union, Embassy, how the Government of the United States and some renowned organizations are assisting to ensure that the Parliament receives the best laws" Andrian Candu concluded.

Within the session was also presented the National Policy Concept for the Development of Mass Media in Republic of Moldova for 2018- 2025. The group was created in June 2017 at the initiative of Adrian Candu, President of Moldovan Parliament.