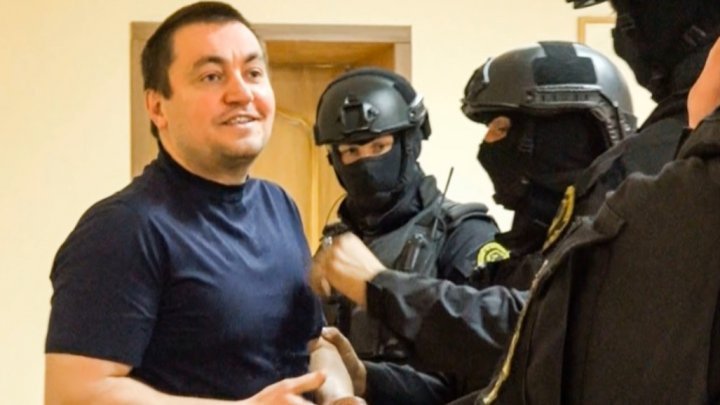 New scandalous details about the controversial businessman Veaceslav Platon, sentenced to 18 years in prison. An audio recording received by the editorial staff of deschide.md shows how Platon allegedly threatened the president of "Moldova Agroindbank", Serghei Cebotari, in the context of the sale of some bank shares.

The portal deschide.md claims that the recording would be likely from 2016 when the National Bank of Moldova blocked almost 40% of MAIB's shares, because the shareholders acted in concert to impose certain policies in the bank's management. A smaller package, of 3.53%, was canceled in April 2016 by the National Financial Market Commission. According to the source, Veaceslav Platon talked about this package of shares in the recording.

- Platon's sound-alike voice: Serioja, listen to me. I have partners, they called me. I was there today. They told me the things that I didn't know. They own a half of the shares. I represent them. They are very serious. They tell me: Slava, you have problems. These people will get what they own anyway. I'm afraid you will get stuck in a situation that nobody can rescue you later.

- Cebotari's sound-alike voice: What does that mean? What kind of situation? I do nothing against the law. How I can sell the shares at a normal price. It's not possible to do that, you have to make a price assessment.

The recording also shows that Serghei Cebotari tried to explain to Platon that the bank was in a difficult situation, but the latter continued the threats:

- Cebotari's sound-alike voice: You do not understand what it means that 43% ... the bank is shaking. I have the frozen assets of 1 billion. Please don't let everybody suddenly come to pick up their deposits in one day. That's what I care about right now. The rest all of you can decide. I don't get involved in the games. Don't you understand?

- Platon's sound-alike voice: I talked to my partners. They will give as much money as necessary to ensure the stability of the bank. 100 million, 500 million. For these things they will jump in anyone's throat. Whosever. It can be the president, the prime minister. They don't lose what is theirs.

- Platon's sound-alike voice: Friend, I will decide to do what we need to. Don't worry and don't rush. We know what we're doing.

We sent a request to "Moldova Agroindbank" to find out if the recording is authentic. We've not received any response yet.

Veaceslav Platon's lawyer, Ion Cretu, said he would discuss the matter with his client.

"I will go to the prison and Platon Veaceslav will issue his statement after 16:00", Ion Creţu told Publika.

Prosecutor General Alexandr Stoianoglo recently announced the review of Veaceslav Platon's case, whom he considers innocent. Subsequently, three video recordings of the Platon's hearings were published on different days, with a voice similar to that of Alexandr Stoianoglo. The two seem to have a friendly discussion, and the atmosphere during the hearings was pretty relaxed.