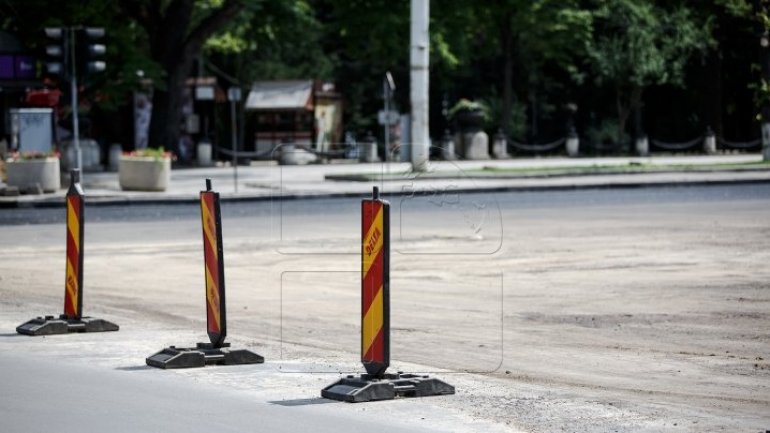 Yet nothing is surprised here. Everything could be expected, couldn't it?

New layer of asphalt has been begun pouring on Chisinau's main street which resulted from unexpected heat, according to municipal. Nevertheless, experts claim these street problems could be easily avoided!

"The causes are both degradation of layer and hot weather", said Deputy Head of Transport, Oleg Caraman.

In the meantime, the initial work has not been completed. Workers still need to replant sidewalk trees that grow outside the the alveoli that they are destined for.

The repair of the Ştefan cel Mare Boulevard began in 2015. Authorities announced several deadlines for the completion of the works. The last one was in the end of this year. The project provides for the renovation of six streets and has a total budget of 22 million euros which was borrowed from the EIB and the EBRD.