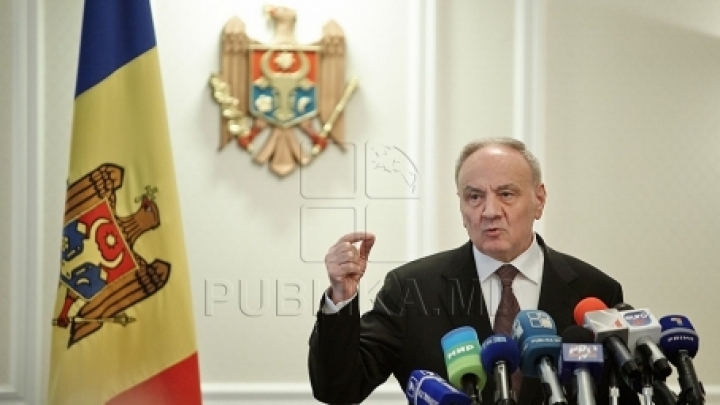 A new article named "The Integration into the European Union" may appear in the Moldovan Constitution. The idea comes from President Nicolae Timofti. He has made the statement at the ceremony dedicated to the Constitution Day. It has turned 22 years today since the adoption of the Supreme Law.

"Moldova made an important step on June 27, 2014, when it signed the Association Agreement with the EU. What I wish most of all is to insert a novelty into the original text of the Constitution: a distinct article on the integration into the EU," Nicolae Timofti stated.

"We must recognize that the politicians had the task to solve this problem and not to admit a possible political crisis. But it was the Constitutional Court, which broke the vicious chain, reestablishing the citizens’ rights to elect their president. I want to congratulate the whole team of the Constitutional Court. As Nelson Mandela said: If we don’t change, we don’t grow, if we don’t grow, we don’t live. We can change ourselves so that Moldova may live freely," said Parliament President Andrian Candu.