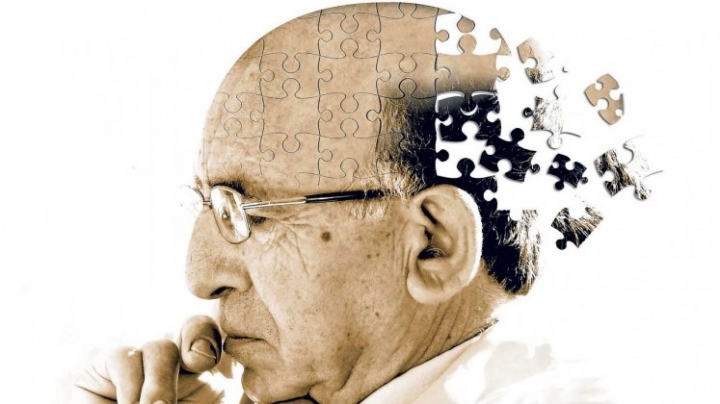 An experimental drug shattered and removed toxic plaques in the brains of patients with early-stage Alzheimer's disease, researchers said Thursday, reports CNN. Given to patients once a month for a year, infusions of the drug aducanumab cleared the brain of the deposits, which experts believe play a crucial role in disrupting cellular processes and blocking communication among nerve cells.

Although most aging brains contain some plaques, the brains of Alzheimer's patients tend to have much more. The disease, the most common form of dementia, has no cure, although some treatments are available to alleviate symptoms. Treatments to slow the progression or reverse it have not panned out.

Cambridge, Massachusetts-based Biogen developed the drug aducanumab and funded the study, which primarily tested its safety in humans and was not designed to test for cerebral benefits for patients. Still, the condition of some patients who received the drug showed less decline than patients receiving a placebo.

The study, funded by the makers of aducanumab, split 165 participants into groups and treated them with monthly intravenous infusions of either aducanumab or a placebo over 54 weeks. Four groups of patients received the drug in four separate doses.

As measured by PET brain scans, treatment with aducanumab reduced brain plaques based on both duration and dose; all groups showed more reduction in plaques over time, and the highest-dose group showed the greatest reduction of all.

The study has too few patients to prove that the drug actually works, wrote Eric M. Reiman, executive director of the Banner Alzheimer's Institute in Phoenix, in a commentary on the research, published in the journal Nature. He added that many other Alzheimer's drugs have looked promising early on but ended in failure.

However, "confirmation of a cognitive benefit would be a game-changer," said Reiman, a psychiatrist who is unaffiliated with the current study.

According to the researchers, animal studies of the drug conducted before the human trial showed the drug to be capable of crossing the blood-brain barrier, engaging its target, and clearing plaques from the brains of mice.

Of all the patients, 125 completed the treatment. Among the 40 who discontinued it, most withdrew due to negative side effects, which included fluid building up in the brain as a result of the removal of plaques. In some cases, this can cause brain bleeds.

Larger trials of the drug involving Alzheimer's patients are in progress and planned to run until at least 2020.
In their conclusion, the researchers observed that it may have taken up to 20 years for the plaques to have accumulated to the levels seen in patients, so the removal of it within a 12-month period "appears encouraging."
AFLĂ imediat Știrile Publika.MD. Intră pe Telegram