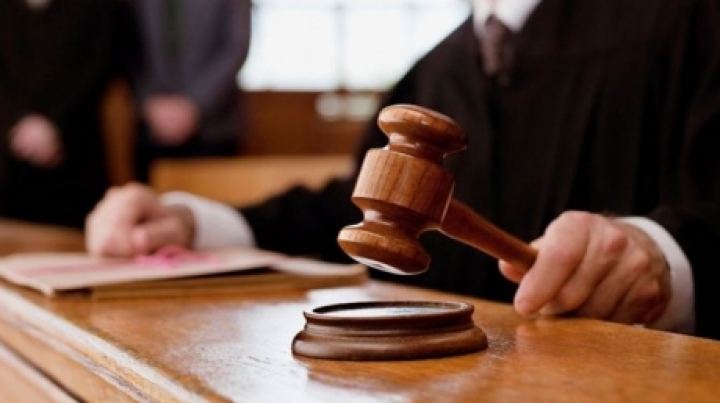 New charges in the case of the 18 people involved in laundering of russian billions were presented by General Prosecutor Interim, Eduard Harunjen.

According to a Prosecutor press release , Harunjen, has received the consent of the Superior Council of Magistracy (CSM) to initiate criminal proceedings and criminal liability of judges detained for other charges.

Specifically, the document instituting the evidence presented by the Prosecution and results a reasonable suspicion that the respective magistrates actions meet the elements of the offense - give knowingly a conclusion contrary to the law, resulting in serious consequences.

Complaints with the request for issuing the beginning criminal prosecution for giving knowingly a conclusion contrary to the law were filed SCM Attorney General Interim still on September 20th, while complaints regarding the agreement to conduct criminal investigation on the fact of complicity money laundering. Given that it was necessary to conduct additional checks by inspection judges, SCM decided to adjourn and review complaints regarding initiate criminal prosecution on the second end of today's meeting.

According to materials prosecution, the accused were part of a criminal scheme that allowed money laundering through the banking system in Moldova of about 20 billion dollars, coming from Russian Federation. Although Russian laundry investigations have lasted longer, further criminal prosecution of prosecutors allowed the accumulation of evidence demonstrating the involvement of the accused in money laundering scheme and the initiation of new criminal cases.

Factual circumstances, identified by prosecutors as well as the evidence reveals a reasonable suspicion of having committed a crime by those above-mentioned, not established any circumstances that would exclude initiate criminal investigation.

Once freed the SCM agreement, Attorney General acting on them will start prosecution and have performed all actions that are necessary for complete and objective investigation of the case.

For the second of the complaint, the defendants face up to seven years imprisonment with deprivation of the right to occupy certain positions or to practice certain activities for up to 5 years.

PUBLIKA.MD recalls that 18 people, including 15 judges and three court officers, were detained by anticorruption prosecutors and officers in an operation CNA large, a week ago in Chisinau, but also in other cities. The action took place in a criminal case initiated as money laundering, and was carried out with the consent of Superior Council of Magistracy, which allowed criminal investigations, searches and arrest of 16 current and former judges.

At the prosecutor's request, 18 people were remanded in custody for 30 days, making it the accused for conspiracy to commit money laundering. In respect of the 16th judge and a bailiff were issued ordinance searched.

The Anticorruption Prosecutor exercises the prosecution of this case.