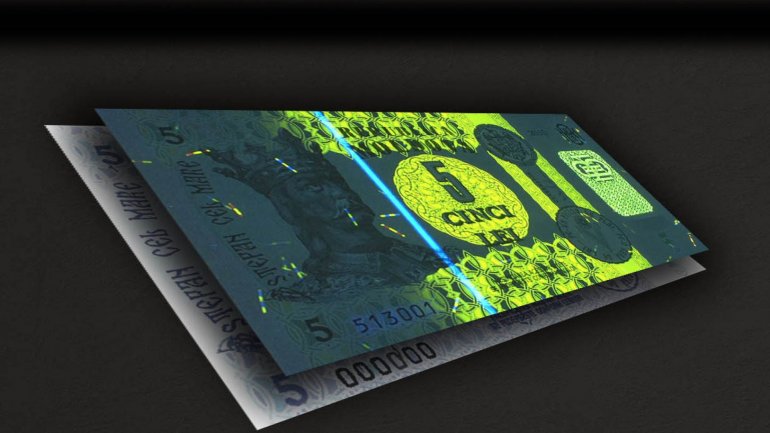 Starting 11th December 2017 National Bank of Moldova will introduce in Republic of Moldova a new 5 lei bill. It will be accepted as payment method without restrictions.

The old 5 lei bills, will be usable along with the new ones and will, bit by bit, be taken off the market, due to being worn out or damaged, making them unfit for trading.

Modernizing the banknote by completing new security features is a procedure used by most central banks. It is meant to remove risks of it being forged, reported BNM.

Of course, the size of the new bill will be identical to the old one.

Therefore, on the banknote's security thread will be incorporated the text "BNM". Under ultraviolet light it will gain fluorescent properties and the letters will lit up.

The fluorescence can can also be noticed on the unprinted area of the bill, where a rectangle is placed, it becoming green under ultraviolet light. Within the rectangle is represented the BNM's symbol, along with the text "BNM".