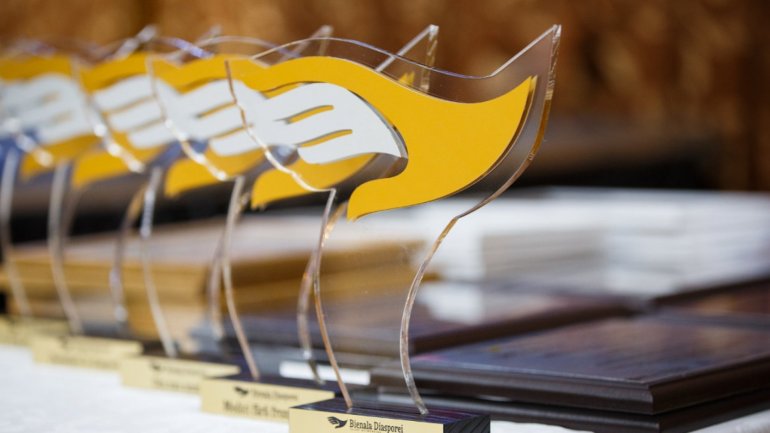 People from Moldova who work and live abroad are never forgetting their roots. For holidays, many return home to spend quality time with their families. Most active of them were awarded within the "Bienalei Diasporei" ("Biennials of Diaspora"), organized by Diaspora Relations Bureau.

Valentina Geamănă left for Italy 18 years ago. For the past 10 years, she attracted funds for over 20 project from around the country.

For this, the woman was awarded.

"It is proof for me that the Government of Republic of Moldova recognizes my work. An activity I have proudly led for the past 10 years for schools, kindergartens, firefighters, prisons and children with disabilities" immigrant Valentina Geamănă said.

At the category "Medici fără frontiere" ("Doctors without borders"), gynaecologist Dorina Donici received the prize. Dorina Donici is performing plastic surgery in clinics from Switzerland, France and Russia, but is always grabbing the chance to return home.

"Moldova is currently in a very good position, in terms of law and Moldova has no borders at the moment, allowing us to do wonderful things in medicine, which we already begun" Dorina Donici said.

Young talented people who participated in the "Dor" ("Longing") program were also awarded.

"I participated in various competitions, such as art and promoted my country, Moldova, even in Italy. I also play the flute and attend different events" beneficiary of Longing program, Nicoleta Louennous said.

Moreover, prizes were given to journalists who wrote about our citizens from abroad.

Organizers wish in the future to offer prizes to people working in other field as well.

"We have many professionals that are abroad, many writers, many journalists, therefore, all kind of professions, not to mention artist. We have dozens of people that should be appreciated here, at home" chief of Diaspora Relations Bureau, Olga Coptu said.

Biennials of Diaspora 2017 is in its first editions, while organizers wish to hold the even once per two years.