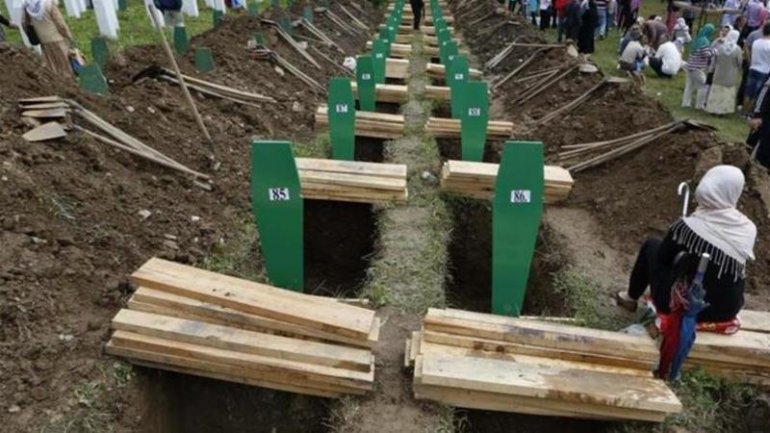 A Dutch appeals court has ruled that the state was partially liable in the deaths of some 300 Muslim men killed by Bosnian Serb forces in the 1995 Srebrenica massacre.

The ruling by The Hague Appeals Court on June 27 largely upheld another court's 2014 judgment that said the state was liable in the deaths of the Bosnian Muslim men who were expelled from a Dutch UN base in July 1995 and subsequently killed by the surrounding Bosnian Serb troops.

Both the relatives, who seek Dutch responsibility for all Srebrenica victims, and the Dutch government appealed the ruling.

The appeals court’s presiding judge, Gepke Dulek, said that because Dutch soldiers sent the men off the Dutch compound along with other refugees seeking shelter there, "they were deprived of the chance of survival."

The 300 men were among around 8,000 Muslim men and boys who were killed by Bosnian Serb troops under the command of General Ratko Mladic at Srebrenica in July 1995, the worst mass killing on European soil since World War II.

The UN's International Court of Justice ruled in 2007 that the massacre in the Srebrenica enclave was a genocide perpetrated by Bosnian Serb forces against the Muslims.