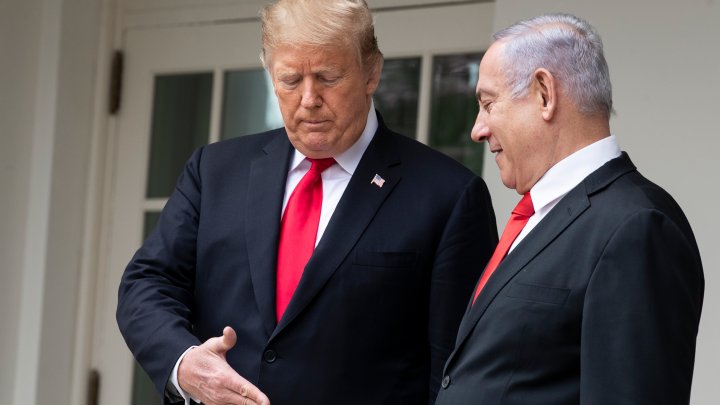 If Prime Minister Benjamin Netanyahu has his way, alongside Katzrin, Ramot and Ramat Magshimim on the Golan Heights, there may someday soon be a community named Kiryat Trump, reports jpost.com.

Netanyahu, who on Tuesday toured the Golan with his wife and sons, said a community or neighborhood on the Golan Heights should be named after US President Donald Trump in appreciation for his decision last month to recognize Israeli sovereignty over the strategic plateau.“I am here with my family and many citizens of Israel at the foot of the Golan Heights, happy with the joy of the holiday and our beautiful country,” Netanyahu said in a video post. “And there is more joy - a few weeks ago I brought President Trump’s official recognition of Israeli sovereignty over the Golan Heights forever.”

Netanyahu said there “is a need to express our appreciation by calling a community or neighborhood on the Golan Heights after Donald Trump. I will bring that to the government [for approval] soon.”