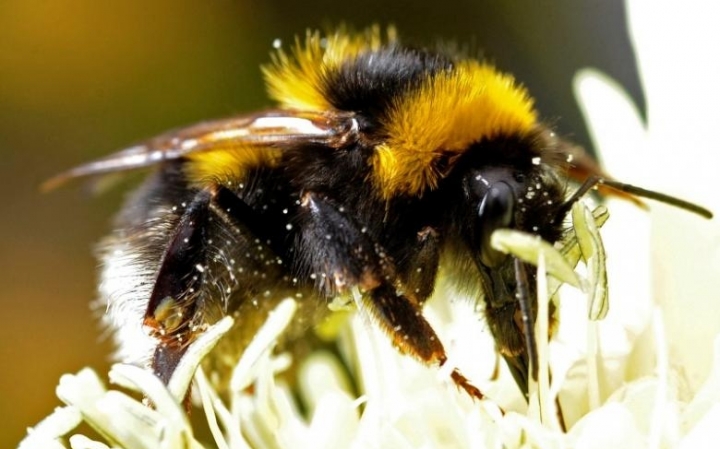 The new research covered 62 species of bee found in the wild in Britain and found a link between their shrinking populations and the use of neonicotinoid pesticides.

Neonicotinoids are used worldwide in a range of crops and have been shown in lab-based studies to be harmful to certain species of bee - notably commercial honeybees and bumblebees.

The European Union limited use of the chemicals - made and sold by various companies including Bayer CropScience and Syngenta - two years ago, after research pointed to risks for bees, which are crucial for pollinating crops.

Neonicotinoids were initially licensed for use as a pesticide in Britain in 2002. By 2011, the proportion of UK oilseed rape seeds treated with them was 83 percent, according to the researchers leading this latest study.