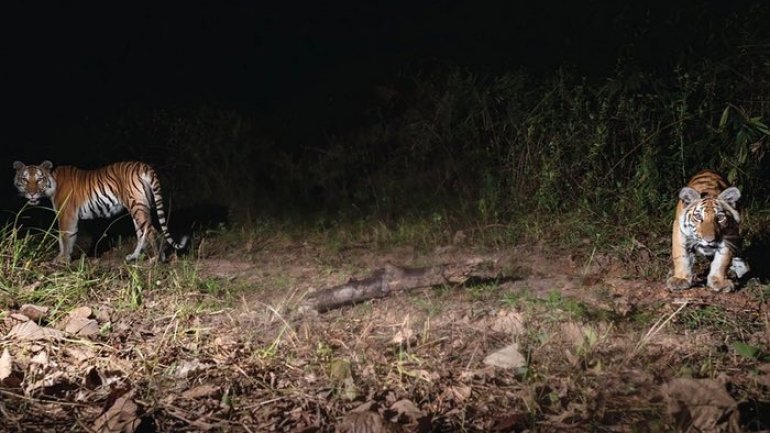 The critically endangered Indochinese tiger has been found to be breeding in a Thai jungle, providing hope for a subspecies whose total population may number only a couple of hundred, according to The Guardian.

Conservation authorities in Thailand, along with two international wildlife organisations, released photographs of new tiger cubs in the country’s east.

The images support a scientific survey that confirmed the existence of the world’s second breeding population. The other breeding ground is in the Huai Kha Khaeng wildlife sanctuary in western Thailand.

The Department of National Parks of Thailand, the anti-trafficking group Freeland and Panthera, a wildcat conservation organisation, said only 221 Indochinese tigers were estimated to remain in just two Asian countries, Thailand and neighbouring Myanmar.