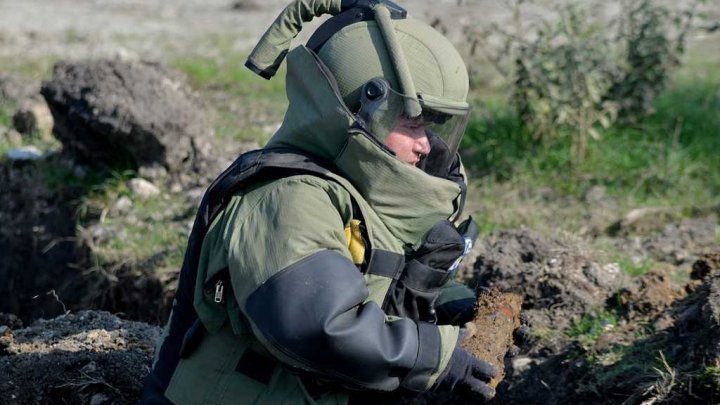 The National Army engineers neutralized about 7,700 explosives in 2019. Most of the unexploded ammunition were detected in the localities in the districts of Anenii Noi, Căuşeni, Criuleni, Hincesti, Taraclia and in the municipalities of Balti and Chisinau.

According to the head of the Genius Service, lieutenant-colonel Adrian Efros, the largest quantity of ammunition, 530 artillery projectiles, was discovered in October near the railway in the city of Taraclia. The objects, which date from the Second World War, were destroyed.

In March 2019, a team from Battalion “Codru” executed a large mine-clearance mission in the village of Marianca de Jos, Stefan Voda district and destroyed 234 ammunition of different caliber.

In December 2019, military engineers intervened to liquidate 45 artillery, bombs and anti-personnel mines, found in the nearby forest in the town of Puhăceni, Anenii Noi district.

All the Second World War ammunition found was destroyed in safe conditions at the training centers of the National Army.

It is worth noting that since 1992, 24 people including 8 children have died and 27 have been injured as a result of incidents resulting in the explosion of different ammunition.

The latest tragic incident happened in July 2019, when a child was killed on the scene and the other was hospitalized seriously after detonating a grenade found in their neighborhood.