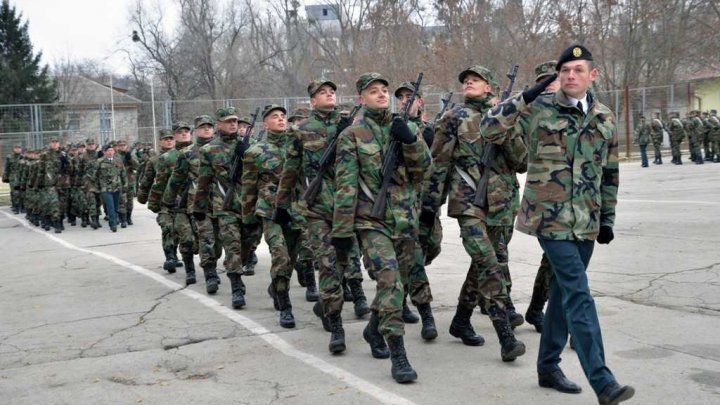 Nearly 450 soldiers conscripted into the National Army took the oath today during ceremonies held in Chisinau, Durleşti and Bulboaca.

The event was attended by President Igor Dodon, in his capacity of Supreme Commander of the Armed Forces, Defense Minister Victor Gaiciuc, National Army Commander Igor Gorgan, veterans and the soldiers' families.

"By taking the military oath, these young people have begun a new chapter of life, in which they know responsibility, discipline and devotion to the Motherland", said Minister Victor Gaiciuc.

The head of state also addressed to the family members attending the event and thanked them for the education and care with which they had brought up their sons. Igor Dodon also said that the International Sons Day was marked on 22 November, on which occasion Moldova can be proud of its sons.

The Moldovan president asked Defence Minister, General Victor Gaiciuc and the leadership of the National Army and the brigade to pay special attention to the ensuring and improving the soldiers’ living conditions.