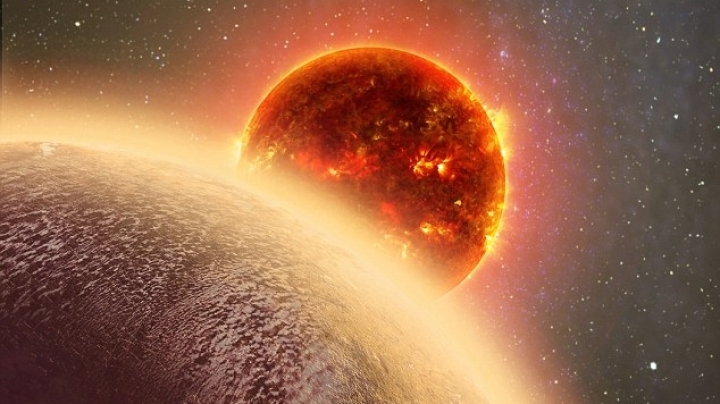 The planet, named GJ 1132b, has been called 'one of the most important planets ever discovered beyond the solar system' because it is the closest rocky exoplanet we have found, DailyMail.

The planet has an atmosphere despite being an incredibly hot 232° Celsius (450° Fahrenheit).
Now a new study has found the atmosphere is thin and wispy and potentially contains oxygen - but the planet is too hot to sustain life.

The Venus-like planet that lies 39 light years away could be the first rocky planet outside our solar system to have oxygen in its atmosphere.

'On cooler planets, oxygen could be a sign of alien life and habitability. But on a hot planet like GJ 1132b, it's a sign of the exact opposite - a planet that's being baked and sterilised,' said Laura Schaefer, astronomer at the Harvard-Smithsonian Centre for Astrophysics in Massachusetts.

The researchers studied what would have happened if the planet began with a steamy, water-rich atmosphere.
Water vapour is a greenhouse gas, which means the planet would have a strong greenhouse effect - which amplifies the star's already intense heat.

As a result, its surface could stay molten for millions of years.