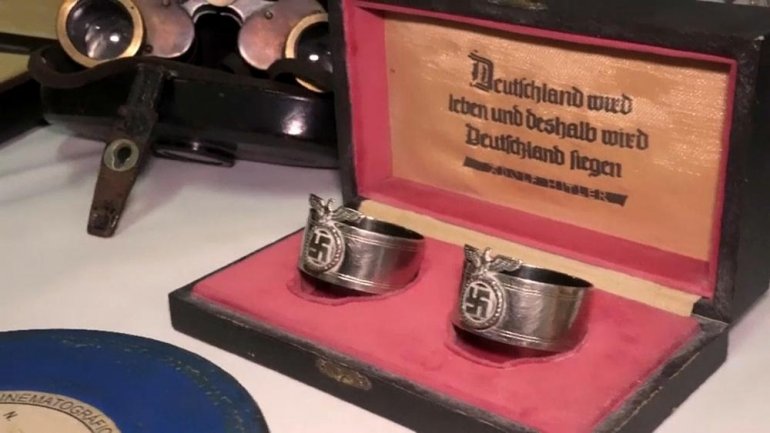 Behind a secret door concealed behind a sliding bookcase in a suburb of Buenos Aires, Argentinian police discovered a huge hoard of Nazi relics, some possibly connected to Hitler himself, Euronews informs.

The find, during a raid linked to stolen artwork on June 8, is the biggest ever of its kind in the country and recalls the days when the country was a haven for high ranking German officials fleeing European justice.

Among the cache were guns, apparel, ceremonial knives, military decorations, statues of Hitler and other Nazi symbols, trinket boxes adorned with the Nazi ‘Imperial Eagle, a Nazi sundial and even a silver Ouija board.