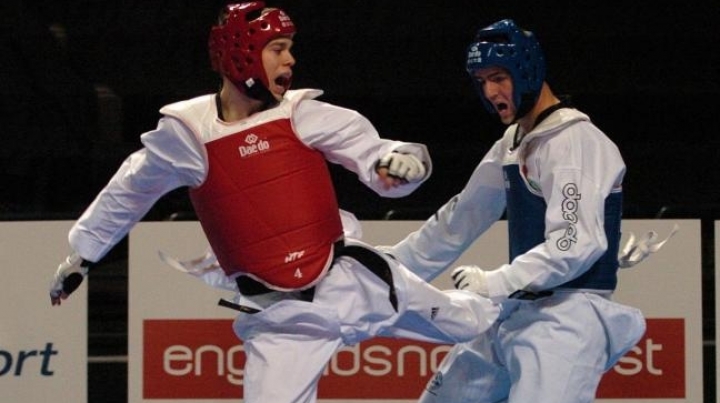 Dorchester-born Aaron Cook will be bidding for Taekwondo gold in Rio tomorrow, as the men’s -80kg competition gets underway.

The county town fighter is set to represent Moldova at the Games and will kick off his campaign in Brazil against Chinese Taipei’s Wei-Ting Liu (3.15pm).

With an added edge to the competition, Cook, who has also represented the Isle of Man, could progress to a real grudge match should he reach the final.

One of his main adversaries in Team GB athlete Lutalo Muhammad begins against Australia’s Hayder Shkara in the round of 16.

Cook represented Great Britain at Beijing in 2008 but was controversially overlooked as world number one by Team GB for London 2012 in place of then world number 59 Muhammad, who went on to claim bronze at the home games.

That prompted Cook to eventually seek clearance to represent Moldova in 2015. The switch was ratified in April last year and his Moldovan citizenship was funded by the country’s taekwondo president and billionaire Igor Iuzefovici.

Muhammad has stated ahead of Rio that the pair “are not friends” when commenting on Cook.

Speaking to Trans World Sport in an interview ahead of the Games, the Dorchester athlete said: “To be Olympic champion, it’s like you have reached the pinnacle of your sport.

Read more at The Dorset Echo.