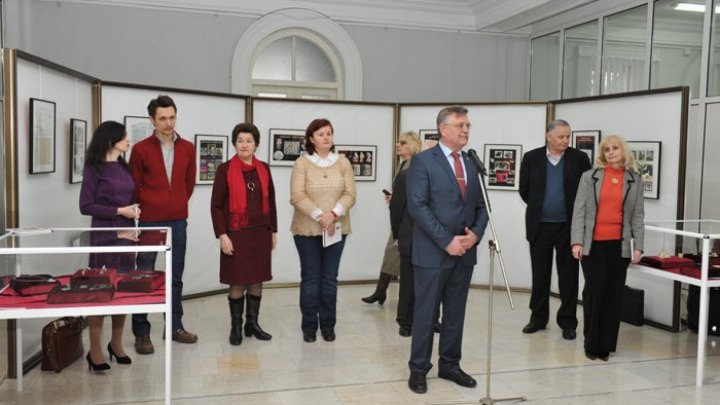 While Alexei Marco created a whole empire of jewelry made out of gold, silver and sculptures, few knows his name.

To commemorate 25 years since his passing, National Museum has launched an exposition. Alexei Marco was born in Sturuzeni village, Râşcani district. At only 14 years old, he was deported with his family to Siberia.

He studied art in Moscow, where he received the qualification of a lapidarist, and returned to Moldova at 35, where he continued creating jewelry. Some of them being kept in museums from our country.

"On his death bed, he created two works and declared them as keepsakes for Mircea. It was a bust of 14-year-old me and a plate" Alexei Marco's son, Mircea Marco said,

"I was given a necklace for graduation. He made gifts for my daughters, my sister, my in-laws"  Alexei Marco's sister, Daria Grapco said.

Visitors remained impressed by the exposition.

"The works are very interesting. It is unfortunate that not all of them were kept to this day and are in Republic of Moldova, but we should be happy that people abroad will also have the chance to enjoy them."

"Those items are unique and beautiful."

At the exposition was also launched a book "A Moldovan Lapidarist Destiny", where documents and photos of the artist's life and creations are included.

"We wrote about each art he embraced, adding annexes. His pieces are known for their simplicity and naturality" book's author, Liliana Condraticova said.

"This book interested me much as a lover of art history, of course Alexei Marco's works interest me" art critic, Eleonora Brigalda said.

The exposition will be opened at the Natural History Museum  until 15 March.