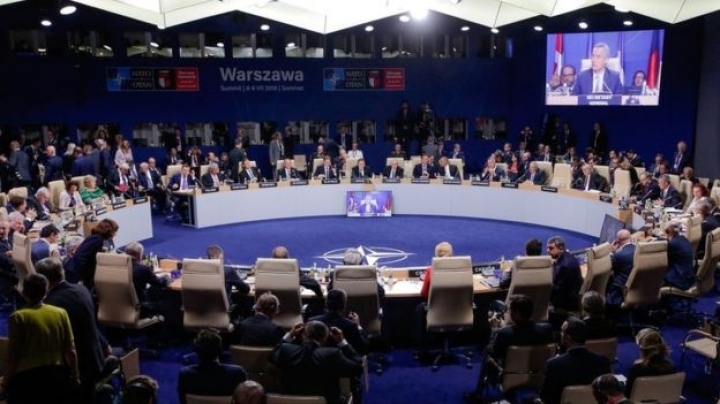 The Nato military alliance has agreed to use surveillance planes in the fight against so-called Islamic State (IS) in Syria and Iraq, secretary-general Jens Stoltenberg says, reports BBC.

He says the aircraft will support the US-led coalition targeting the group.

Nato will also train Iraqi forces and support special forces in Tunisia, a major recruiting ground for IS.

Meanwhile, the alliance has agreed to keep troop levels in Afghanistan and reiterated a funding pledge, he adds.

Mr Stoltenberg made the remarks on the second day of the 28-country military alliance summit in Warsaw.

He said the surveillance agreement against IS, using Awacs surveillance planes, was a "clear signal of our resolve to help tackle terrorism".

Additionally, the alliance will start a training and capacity-building mission for Iraqi armed forces, a country Mr Stoltenberg says is central in the fight against the jihadist group.

Nato does not have many military resources of its own; they all belong to individual member countries.

But one of the few things that Nato does hold in common is a small fleet of Awacs - airborne warning and control aircraft - giant Boeing planes the size of an airliner with a rotating radar dish above the fuselage.

Nato's Awacs fleet is based at Geilenkirchen, in Germany, with 16 Boeing E-3A aircraft with multi-national crews. They are drawn from 15 of the alliance's members. There are forward operating bases in Greece, Italy and Turkey.

An Awacs typically cruises at some 30,000ft (9,144m) providing a radar picture over a vast area. It is expected that the new Nato mission against IS will begin in the autumn with the aircraft operating within Turkish airspace or in international airspace over the eastern Mediterranean.

Nato will also work to establish an intelligence centre in Tunisia and will support the country's special operation forces.

"We will provide greater support to our partners, so they can secure their countries and push back against violent extremism," Mr Stoltenberg said.

Co-operation with Jordan and Libya's new government would also increase, he added.

The alliance will also launch a new maritime operation in the Mediterranean, whose responsibilities will include counterterrorism.

The US-led alliance in Afghanistan costs about $5bn a year, with approximately $3.5bn coming from the US.

Nato is expected to contribute with $1bn, with the remaining funds due to come from the Afghan government.

"Afghanistan still faces serious instability and violence so our continued political, military and financial engagement is of great importance," he said.

Mr Stoltenberg added that Nato's troop levels in the country would be similar to this year, at around 12,000.

This comes after US President Barack Obama promised to slow a planned draw-down of US troops from Afghanistan.