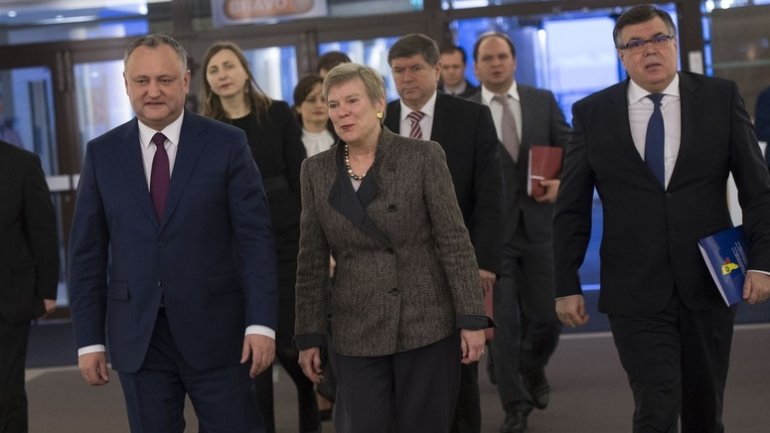 NATO Deputy Secretary General Rose Gottemoeller welcomed the Moldovan President Igor Dodon to NATO headquarters on Tuesday (7 February 2017) for talks on the partnership between the Alliance and the Republic of Moldova, APA reports quoting press service of NATO.

Ms Gottemoeller thanked Moldova for its contribution to NATO’s KFOR peacekeeping mission, which also gives Moldovan troops valuable practical experience. She explained how the partnership between NATO and the Republic of Moldova helps improve people’s lives, for instance with training for almost 2,000 Moldovans in areas such as fighting corruption in the defence sector, border security and civil emergency planning.

The Deputy Secretary General said that NATO will open a new civilian Liaison Office in Chisinau this year to facilitate NATO support for the country’s reforms, as requested by the Moldovan government. She stressed that NATO fully respects Moldova’s constitutional neutrality, as recognised in the Individual Partnership Action Plan.