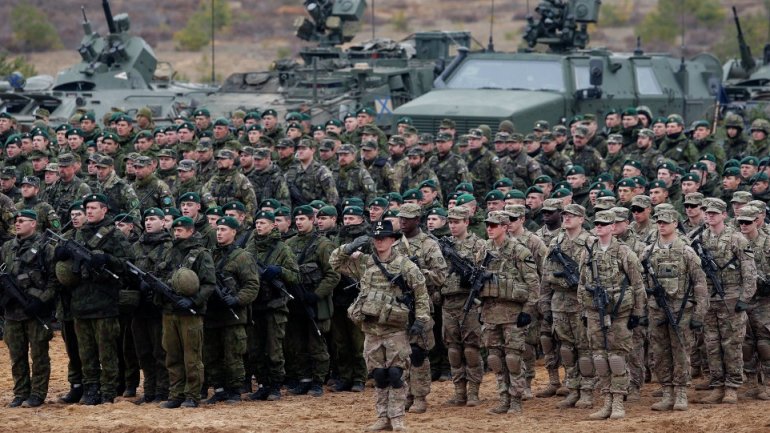 Troops from 11 NATO countries including the United States rehearsed battle skills in a snowy Lithuanian forest on Friday, and the leader of the Baltic state voiced confidence that U.S. commitment to Europe's defence would survive the election of Donald Trump as president.

Trump upset U.S. allies during the election campaign by praising Russian President Vladimir Putin, describing NATO as "obsolete" and questioning whether Washington should protect European allies who did not spend enough on their own defence.

But Lithuanian President Dalia Grybauskaite played down those comments as she inspected some of the 4,000 allied troops taking part in an exercise in a pine forest — near the town of Pabrade and the border with Belarus — including Canadian snipers, U.S. infantry and German soldiers with missile launchers.

"The United States has been the guarantor of peace since the Second World War and we expect that to remain," she said.

"Things mentioned in [Trump's] election campaign — we are leaving them in the past."

Underlining the point, U.S. Ambassador to Lithuania Anne Hall stressed U.S. commitment to the NATO treaty clause that commits its members to each other's protection.