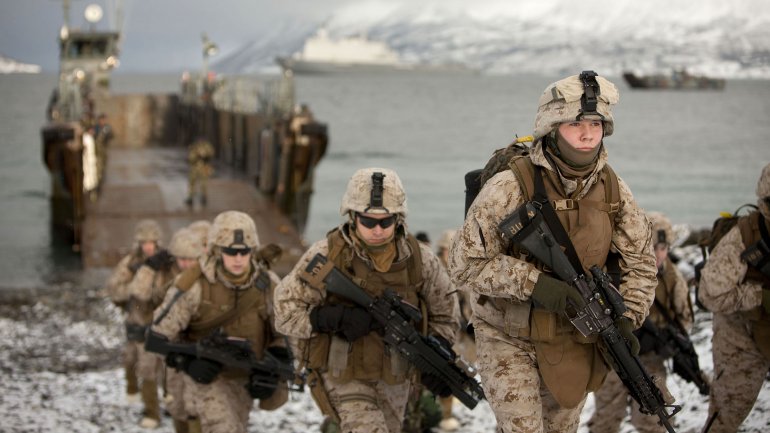 Some 300 U.S. Marines landed in Norway on Monday for a six-month deployment, the first time since World War Two that foreign troops have been allowed to be stationed there, in a deployment which has irked Norway's Arctic neighbor Russia.

Officials played down any link between the operation and NATO concerns over Russia, but the deployment coincides with the U.S. sending several thousand troops to Poland to beef up its Eastern European allies worried about Moscow's assertiveness.

Soldiers from Camp Lejeune in North Carolina landed a little after 10 am CET at a snow-covered Vaernes airport near Trondheim, Norway's third-largest city, where temperatures were reaching -2 degrees Celsius (28 degrees Fahrenheit).

U.S. troops are to stay in Norway for a year, with the current batch of Marines being replaced after their six-month tour is complete.

A spokesman for the Norwegian Home Guards, who will host the Marines at the Vaernes military base, about 1,500 km (900 miles) from the Russian border, said the U.S. troops will learn about winter warfare.