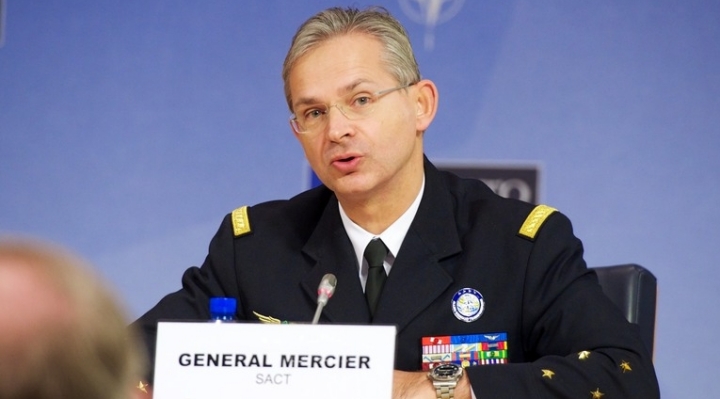 In the wake of Russia’s annexation of Crimea two years ago, the world’s most powerful military alliance has sharply increased its focus on Europe, shoring up the defences of its worried eastern European members and beginning to think once again about how it might defend them in a scenario it once thought had become unthinkable: a Russian invasion.

But while Nato’s troops are ready for a rapid reaction on home turf, the heads of government in its member states are not, warns its top military commander.

“It’s one of the lessons from Ukraine,” says General Denis Mercier, former head of the French air force and now supreme allied commander for transformation, one of the two top military jobs in Nato.

To deploy troops for defence and reassurance or to actively fight requires a decision by the North Atlantic Council (NAC), Nato’s governing political body. But securing consensus to act from its members — particularly in circumstances where events on the ground are murky — has proved to be a sometimes tortuous process.

For instance, securing political consensus on how to respond to Russia’s lightning-quick annexation of Crimea or the 2014 shooting down of a Malaysia Airlines flight over Ukraine took too long, strategists believe.

“We can have forces ready to deploy in 24 hours but they are only going to do that if the NAC gives them the order,” Gen Mercier says.

Other non-military threats, such as cyber crime, where the perpetrators are often obscured, gives another dimension to the scope of Nato’s remit, he adds. “Now we are facing scenarios where the threshold of the crisis is not clear, hybrid scenarios with non-state or covert actors.”