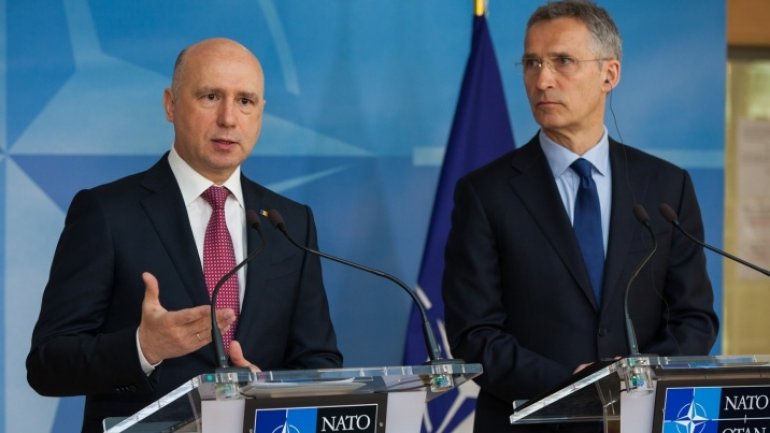 Moldova is an important partner for NATO, said secretary general Jens Stoltenberg at his meeting with Moldovan Premier Pavel Filip in Brussels.

"We have talked about projects relating to setting up the cyberattack countering center and a laboratory insuring the cyber security. It’s natural to want to learn from the ones with the necessary expertise in the area," Filip stated.

He has said Moldova is going to actively take part in NATO’s programs. The Alliance’s secretary general says NATO works on a defense program to help the Moldovan armed forces.

Stoltenberg has also mentioned President Igor Dodon’s request not to open a NATO office to Chișinău: “NATO is an alliance of 28 democracies, so we’re accustomed to people having diverging opinions within political systems. We however focus on the Government and the Parliament, on the ones responsible with taking decisions."

Stoltenberg has appreciated Moldova’s contribution to NATO’s mission to Kosovo. He has insisted on reiterating NATO’s support for Moldova’s independence and on recognizing its neutrality.

A NATO bureau to Chisinau is going to open next summer.