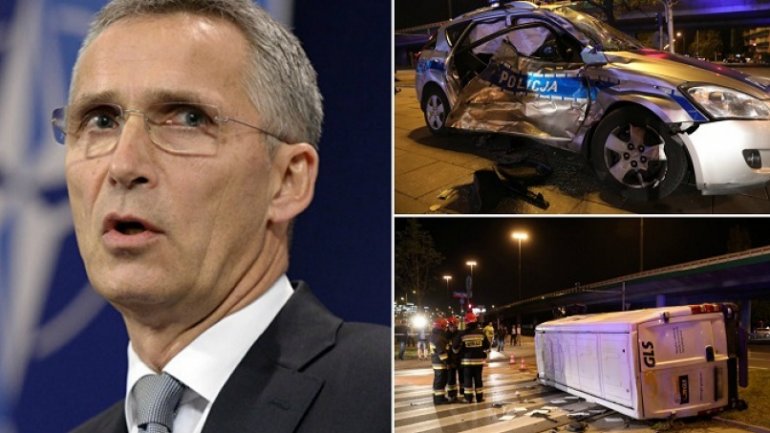 The motorcade of NATO Secretary General Jens Stoltenberg was involved in a car accident in Warsaw, local media reported Thursday.
According to the TVN 24 broadcaster, the accident took place at the crossing of Zwirki i Wigury and Hynka streets in the Polish capital. A police car, that convoyed the motorcade, collided with a truck.

The broadcaster added that four people were hospitalized following the accident.

Stoltenberg is on an official visit to Poland.