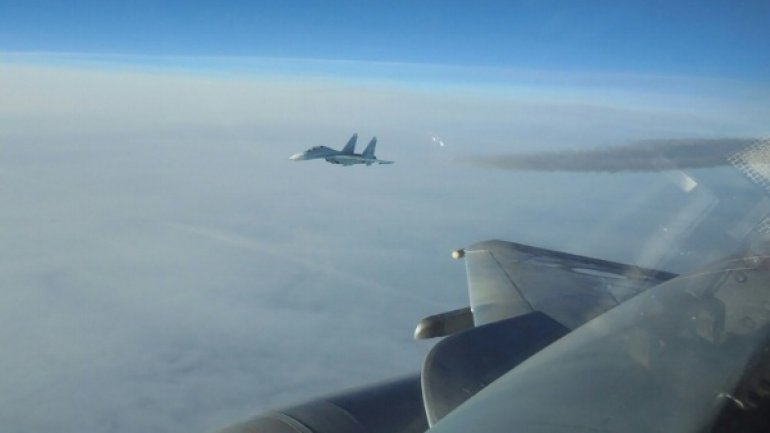 French jets have been engaged in a game of cat and mouse with Russian fighters in the skies above the Baltic states, as NATO keeps a close eye on Russia's ambitions.

Four French Mirage jets this week completed a four-month tour of duty in Lithuania -- and their crews were busy, engaging with Russian planes on 23 occasions.

"We use the term 'intercept' but it is better to say 'identify' and 'observe'," Lieutenant Colonel Isaac Diakite told AFP at the base in the freezing surroundings of Siauliai in northern Lithuania.

"The Russians take care to remain in international airspace, flying along the Baltic area without going into it. They have a right to be there, but so do we," he said.

"So we take off to have a look, identify the plane and photograph it, to show we're there."

Russian planes have been flying close to NATO's northern border for several years now, and the number of flights increased after the Ukrainian crisis started in 2014.